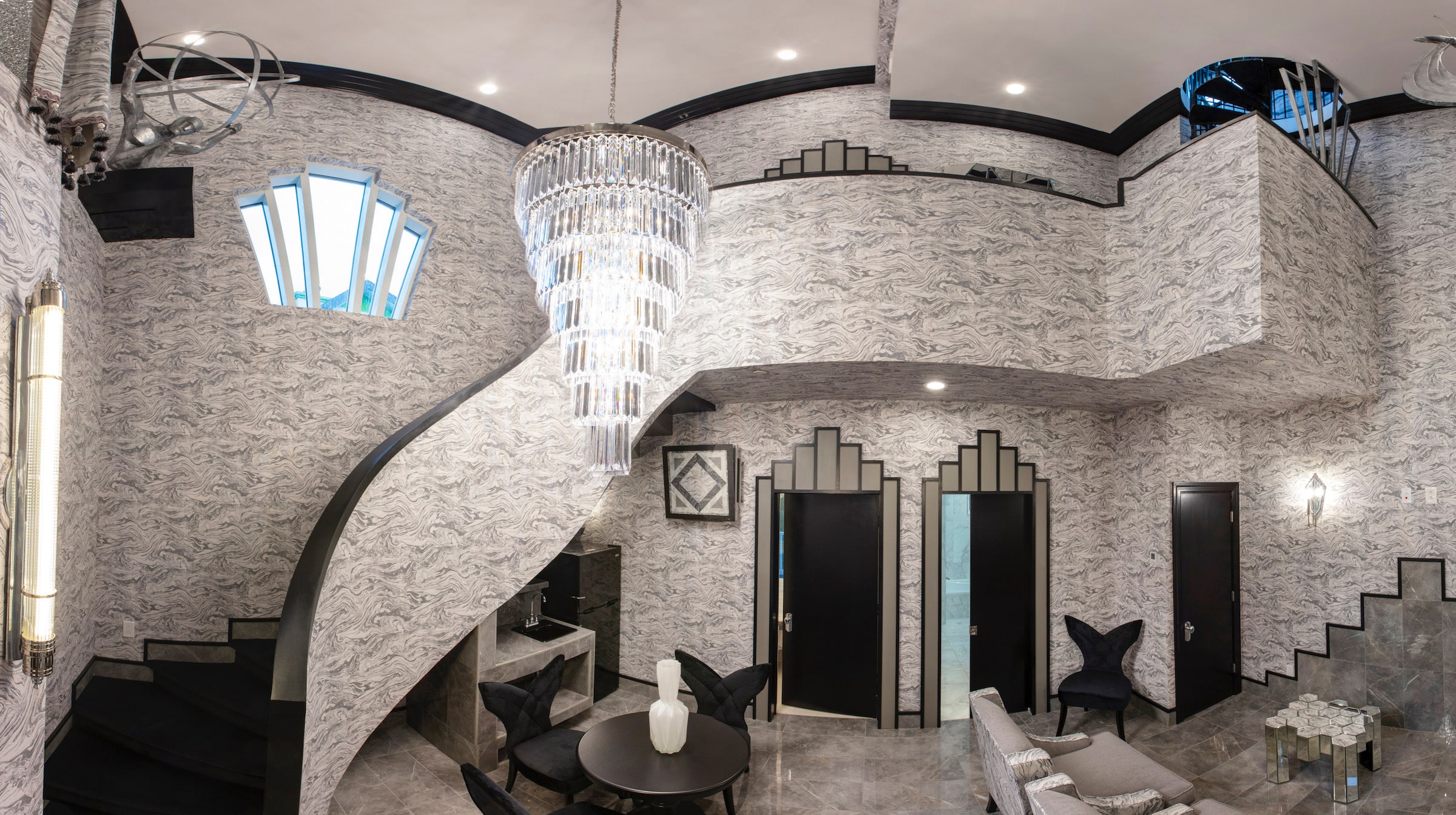 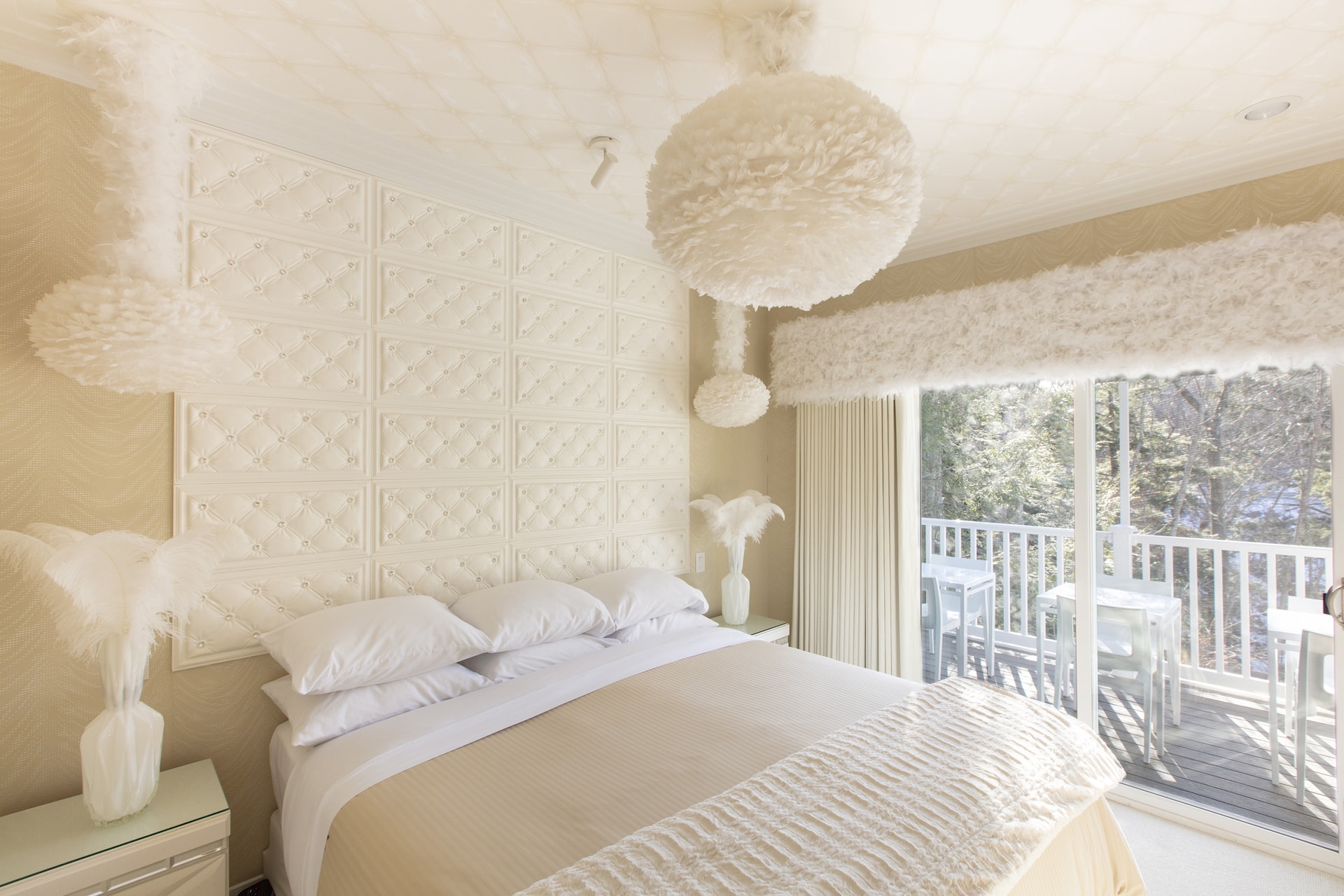 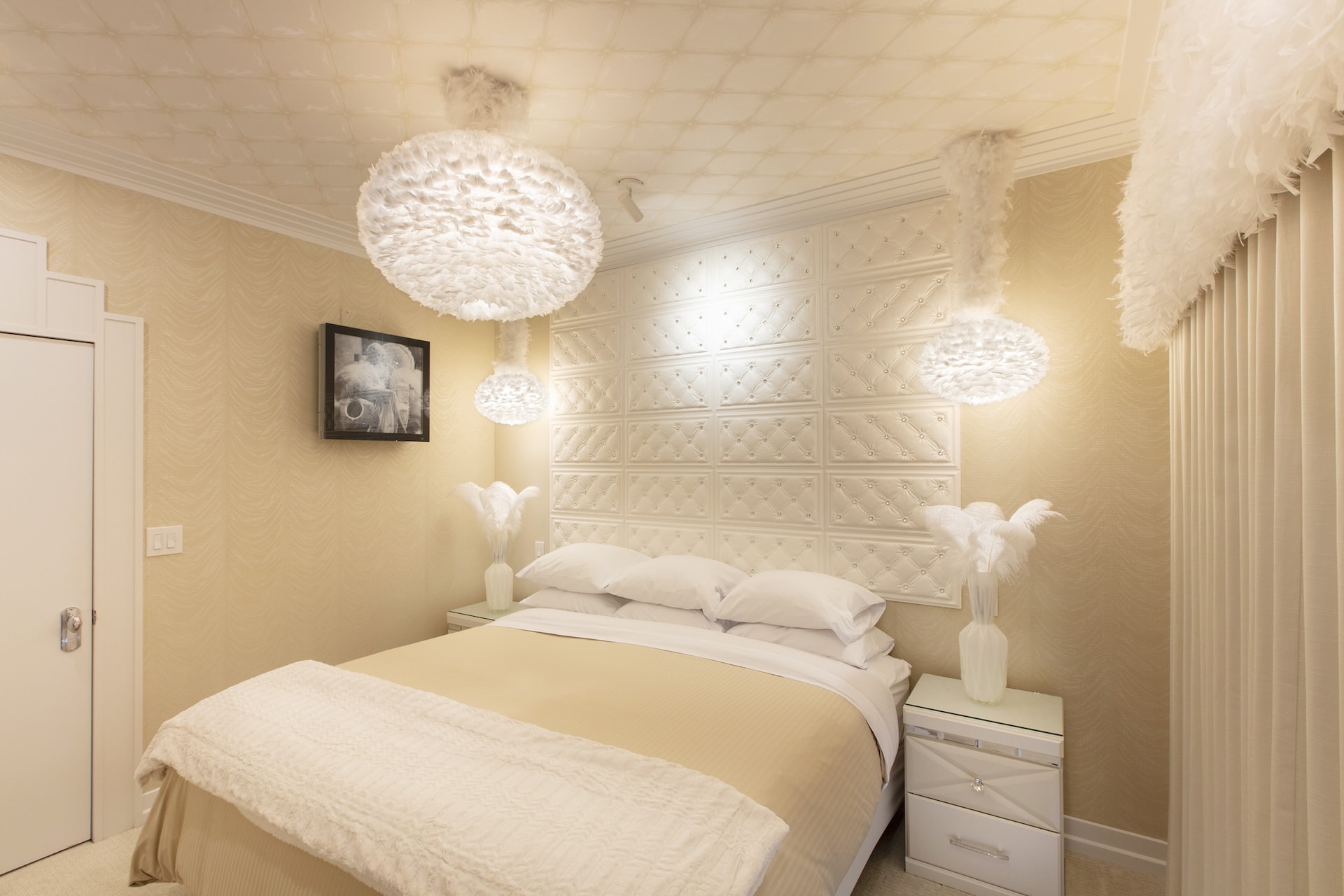 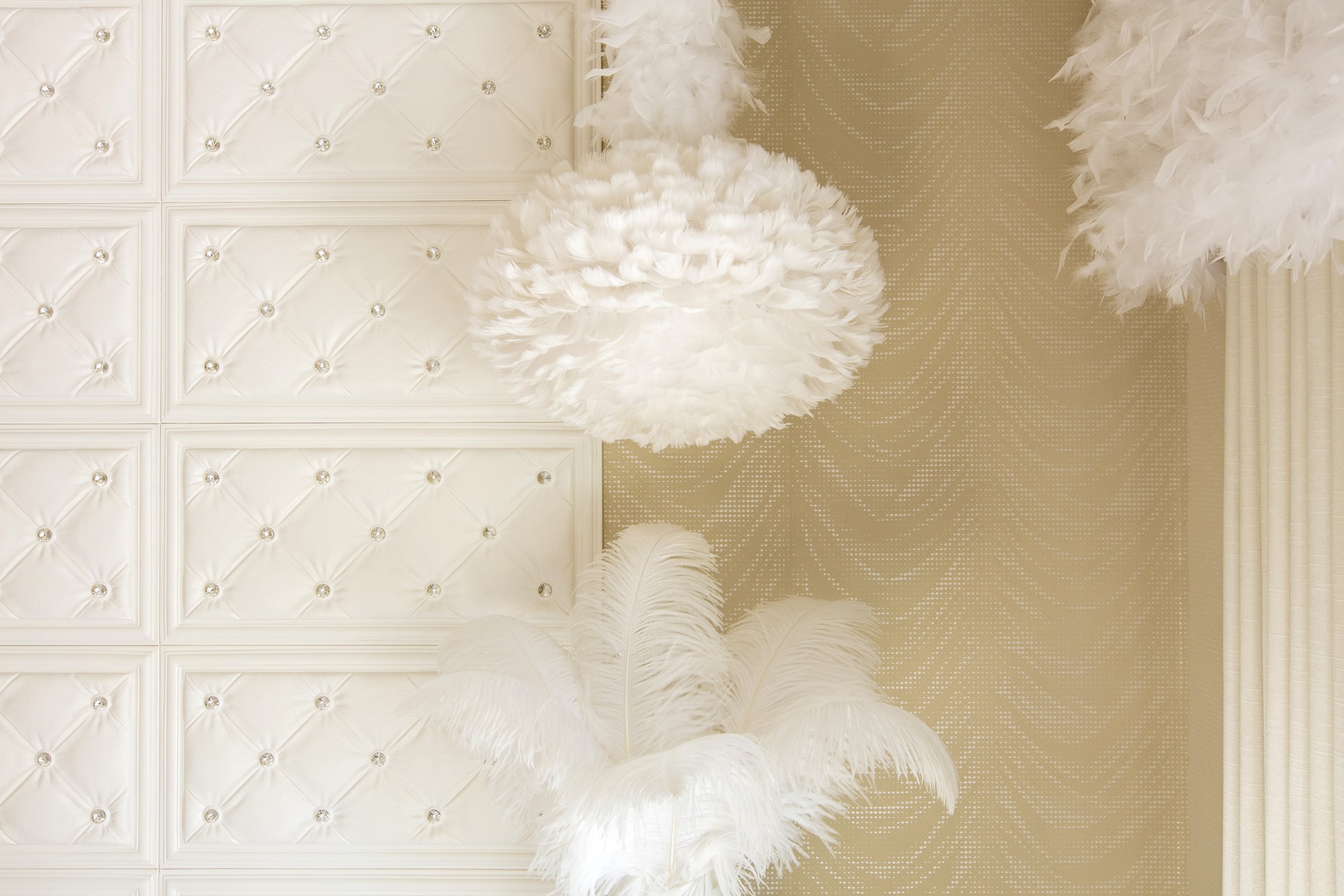 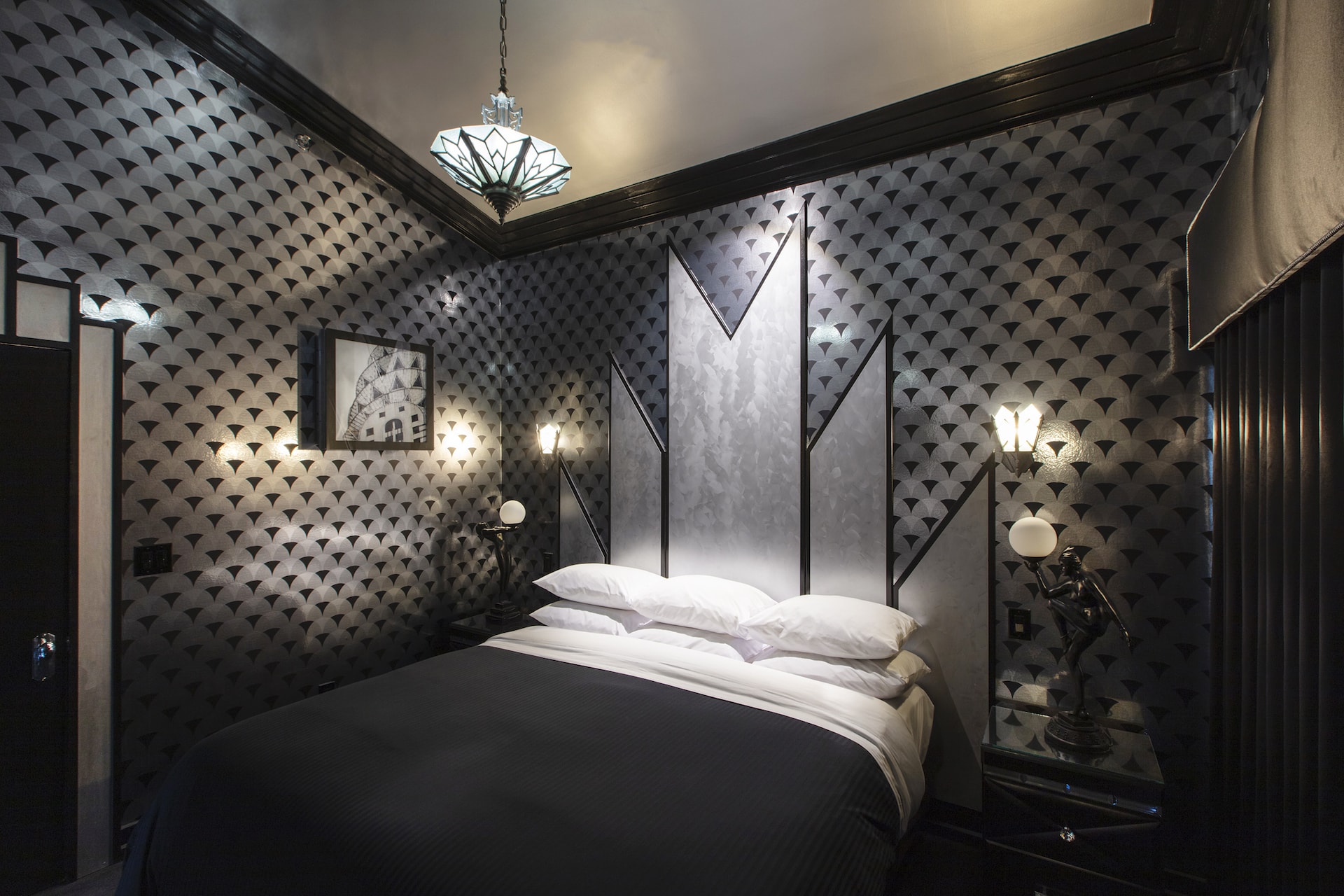 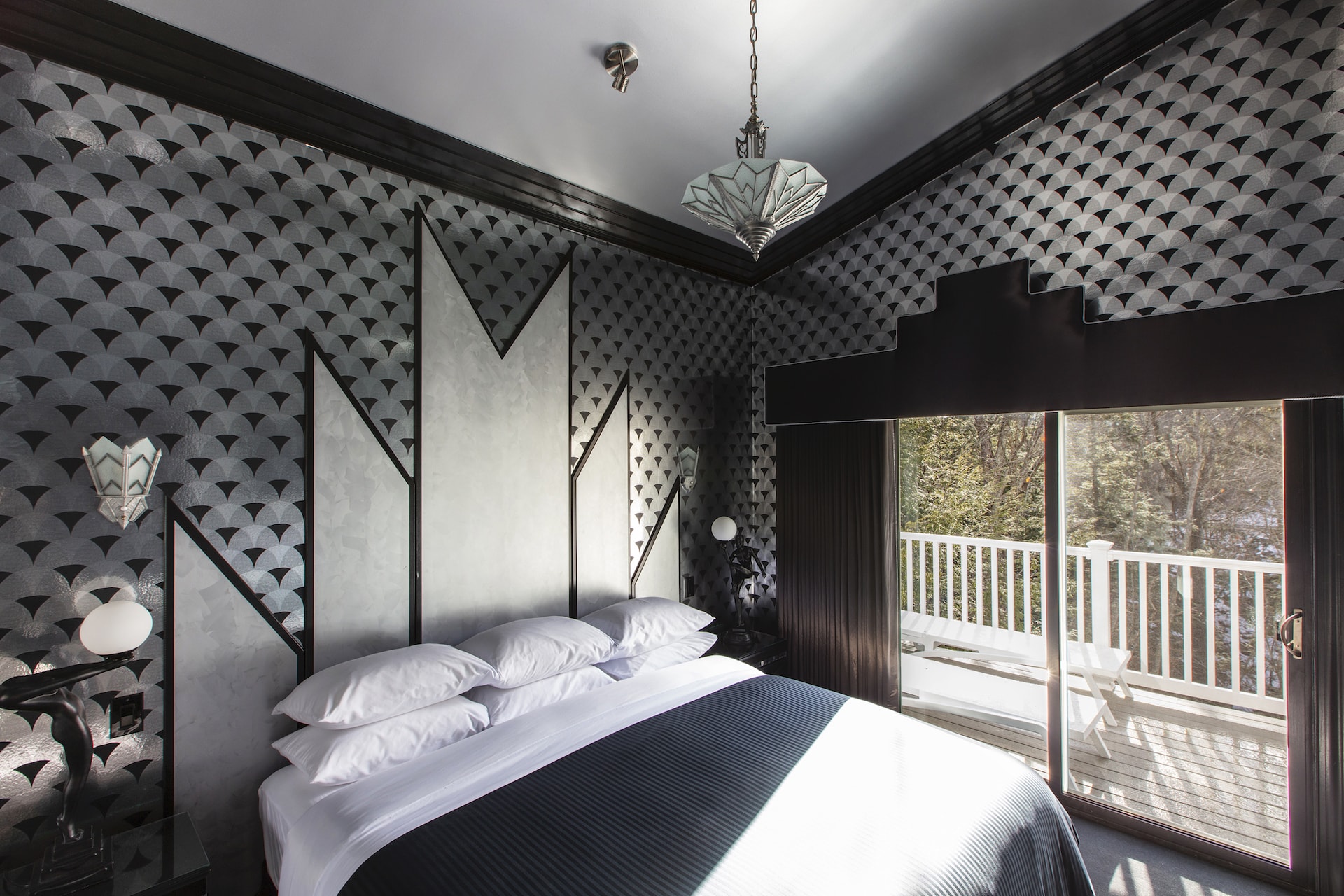 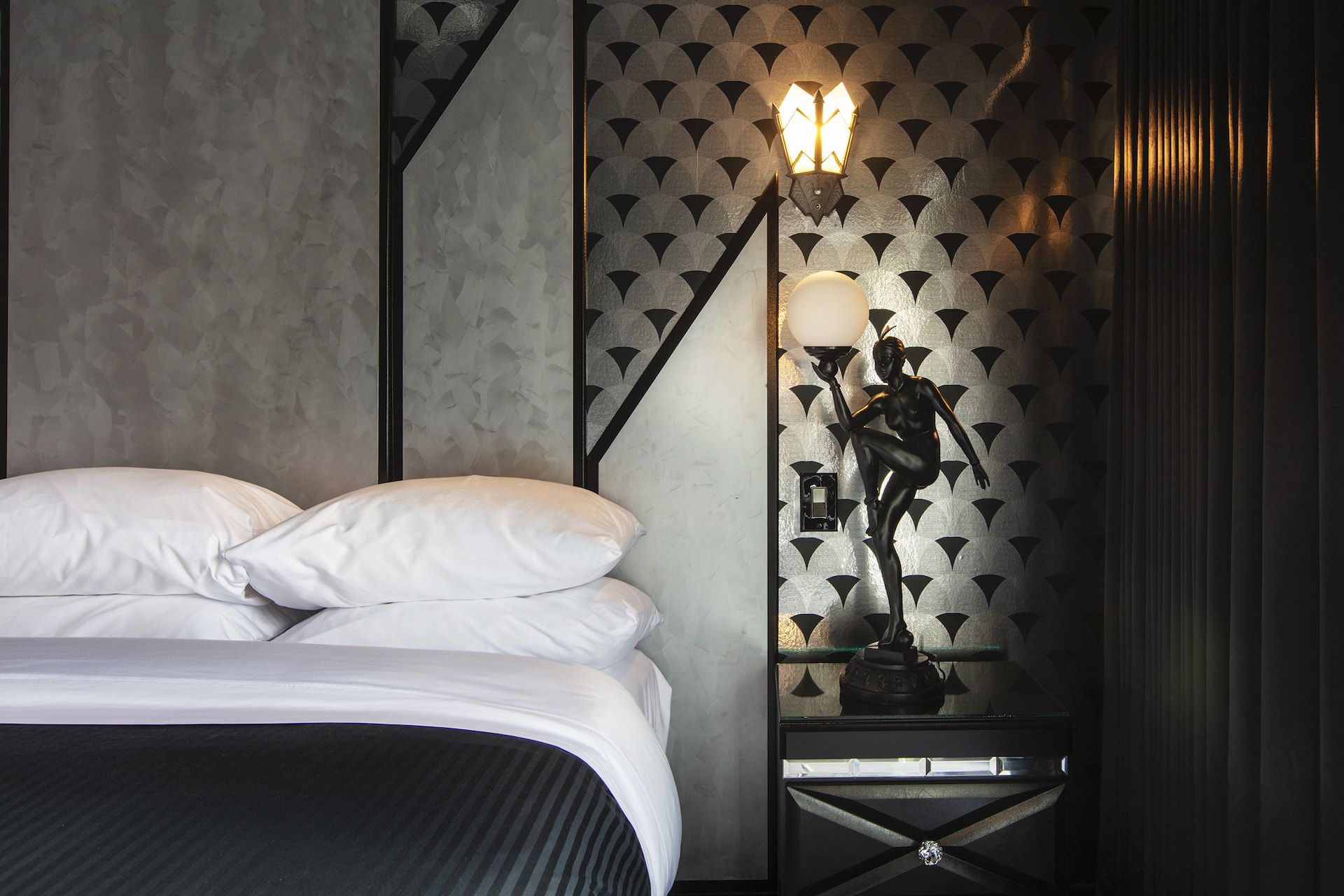 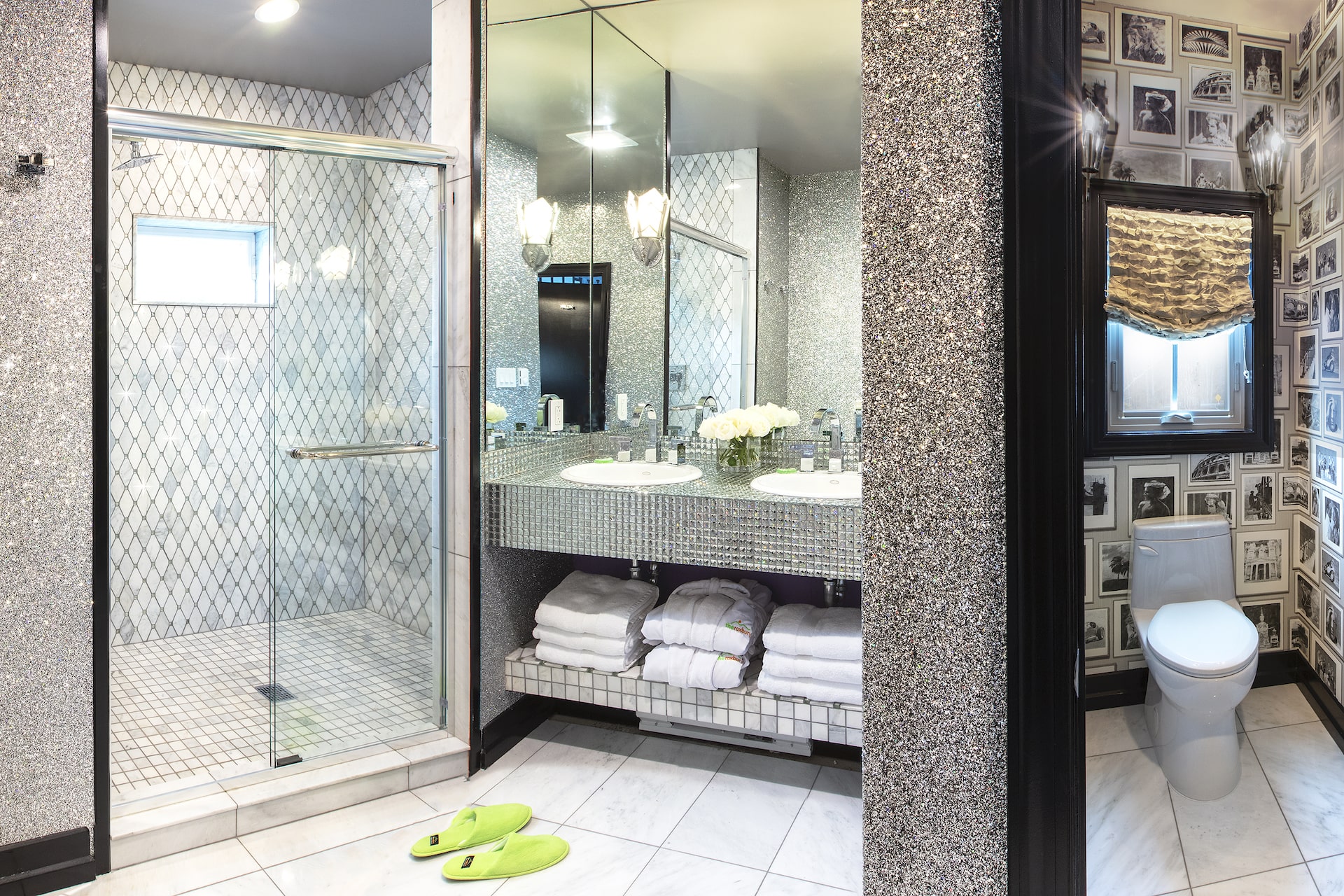 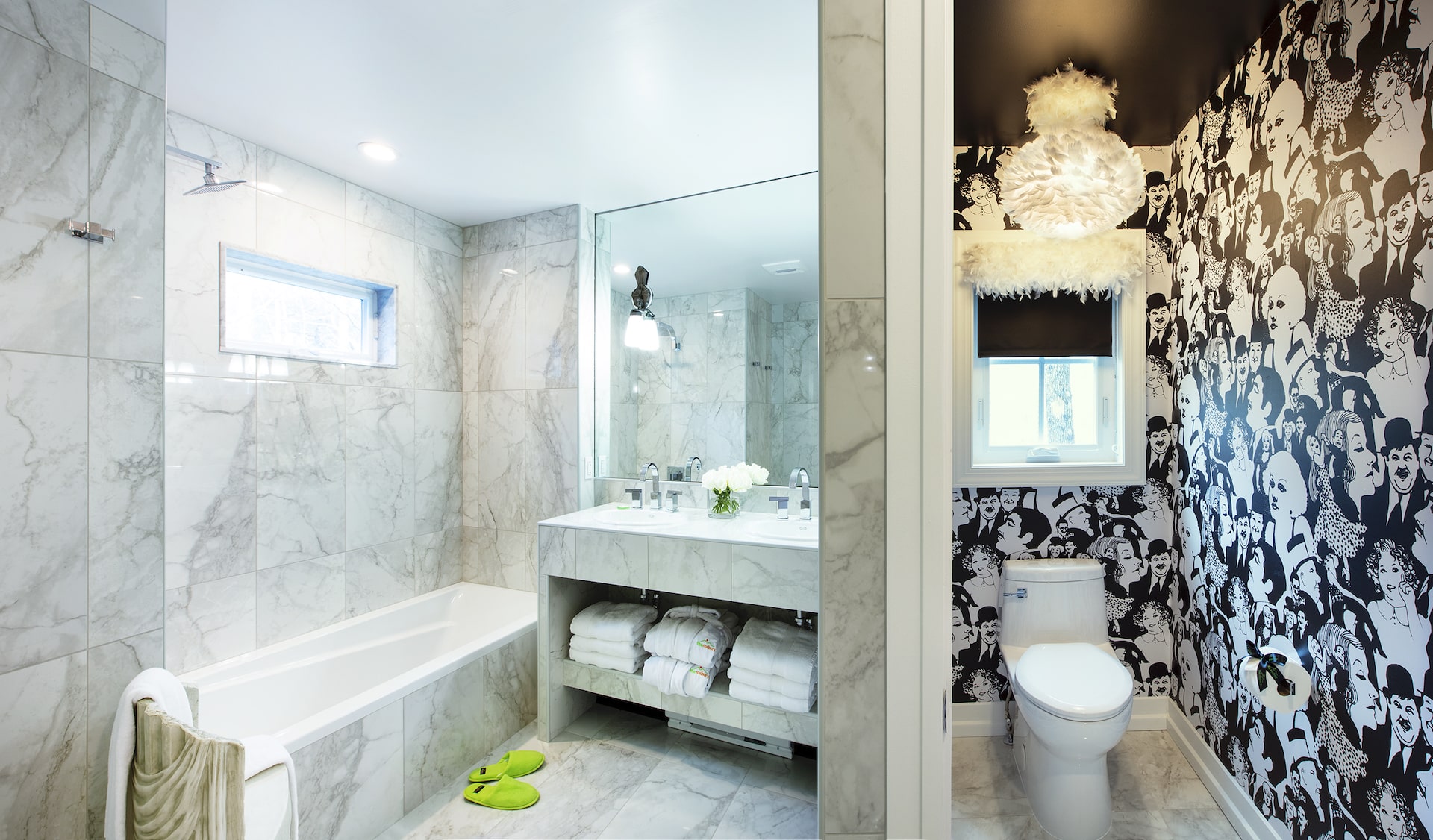 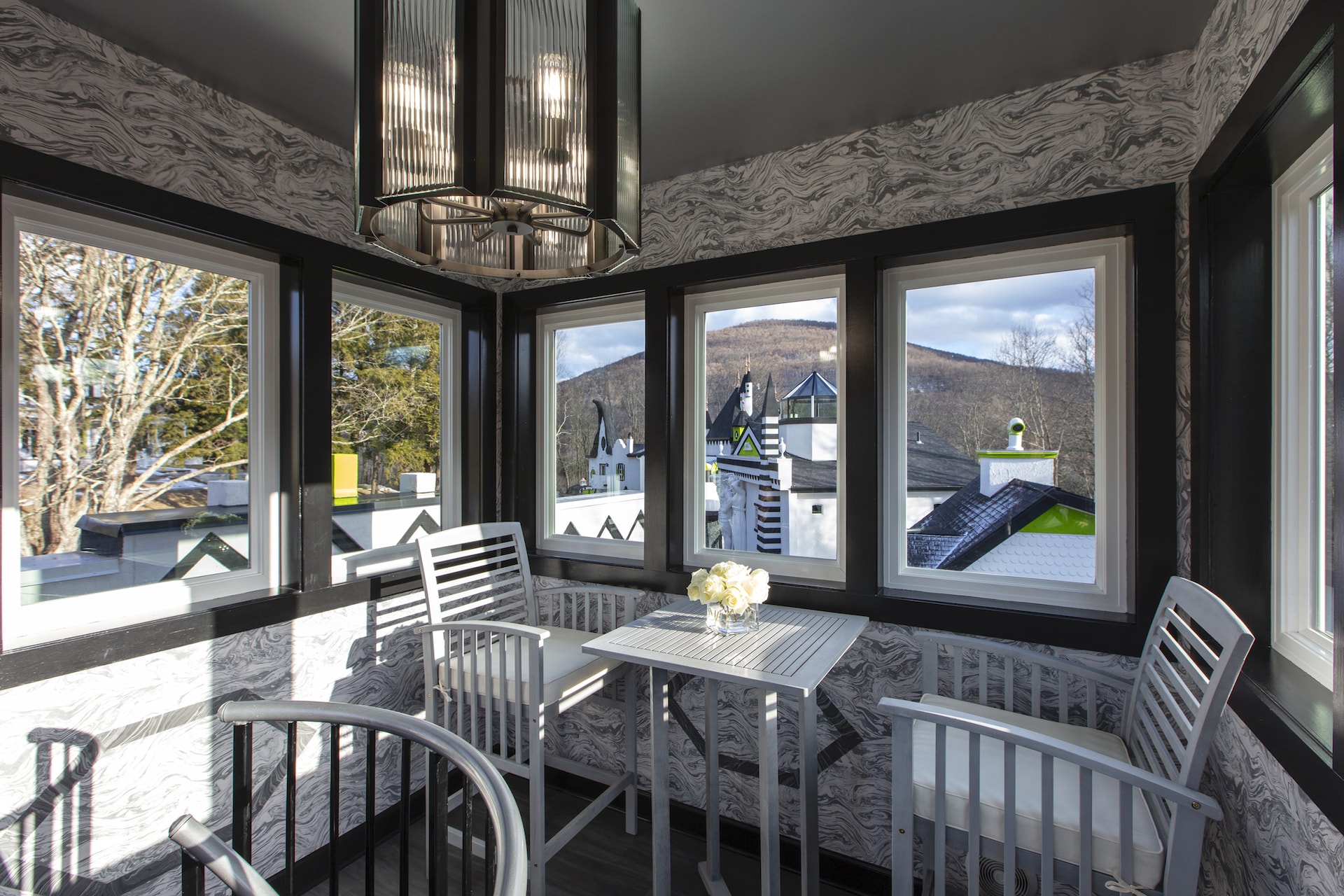 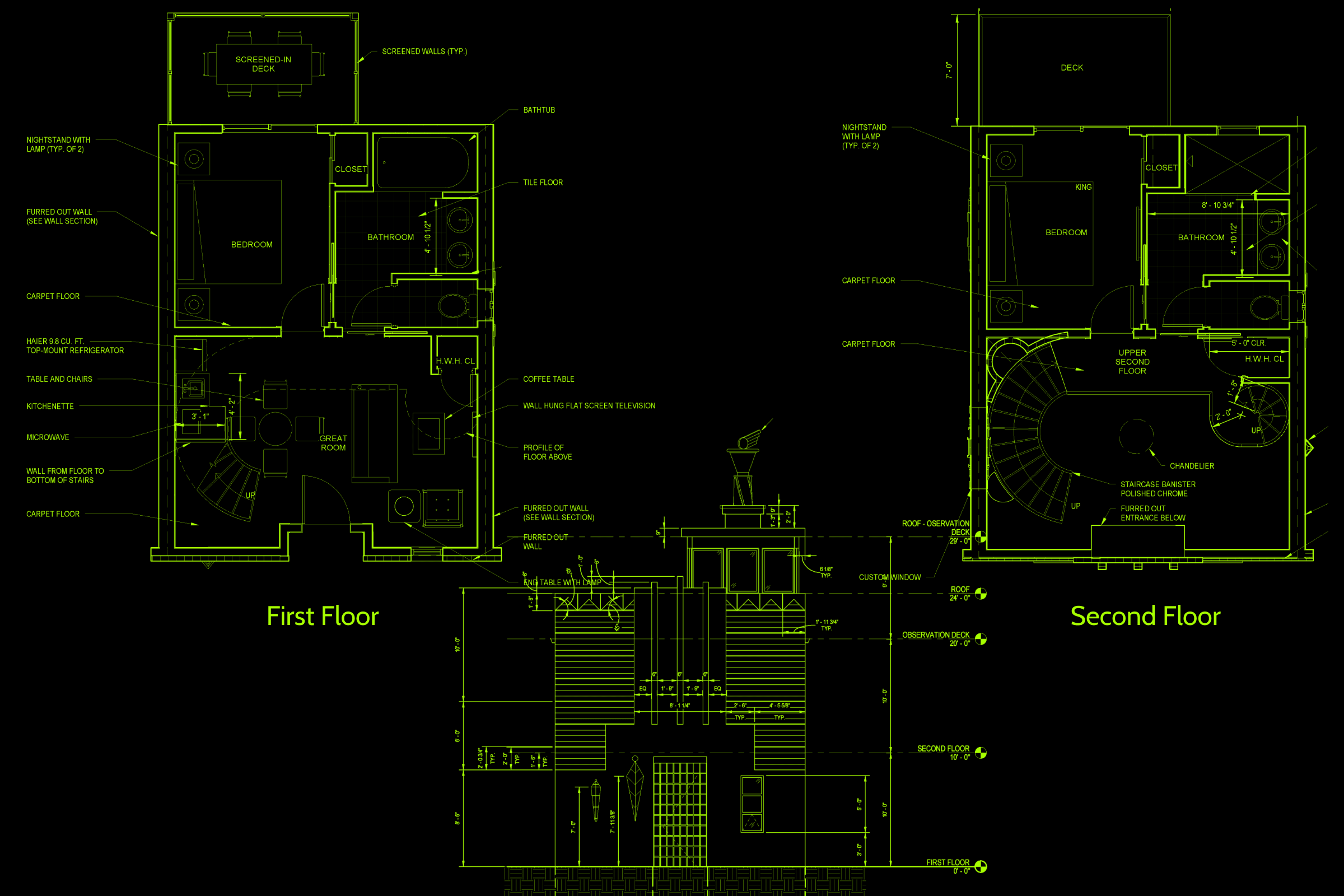 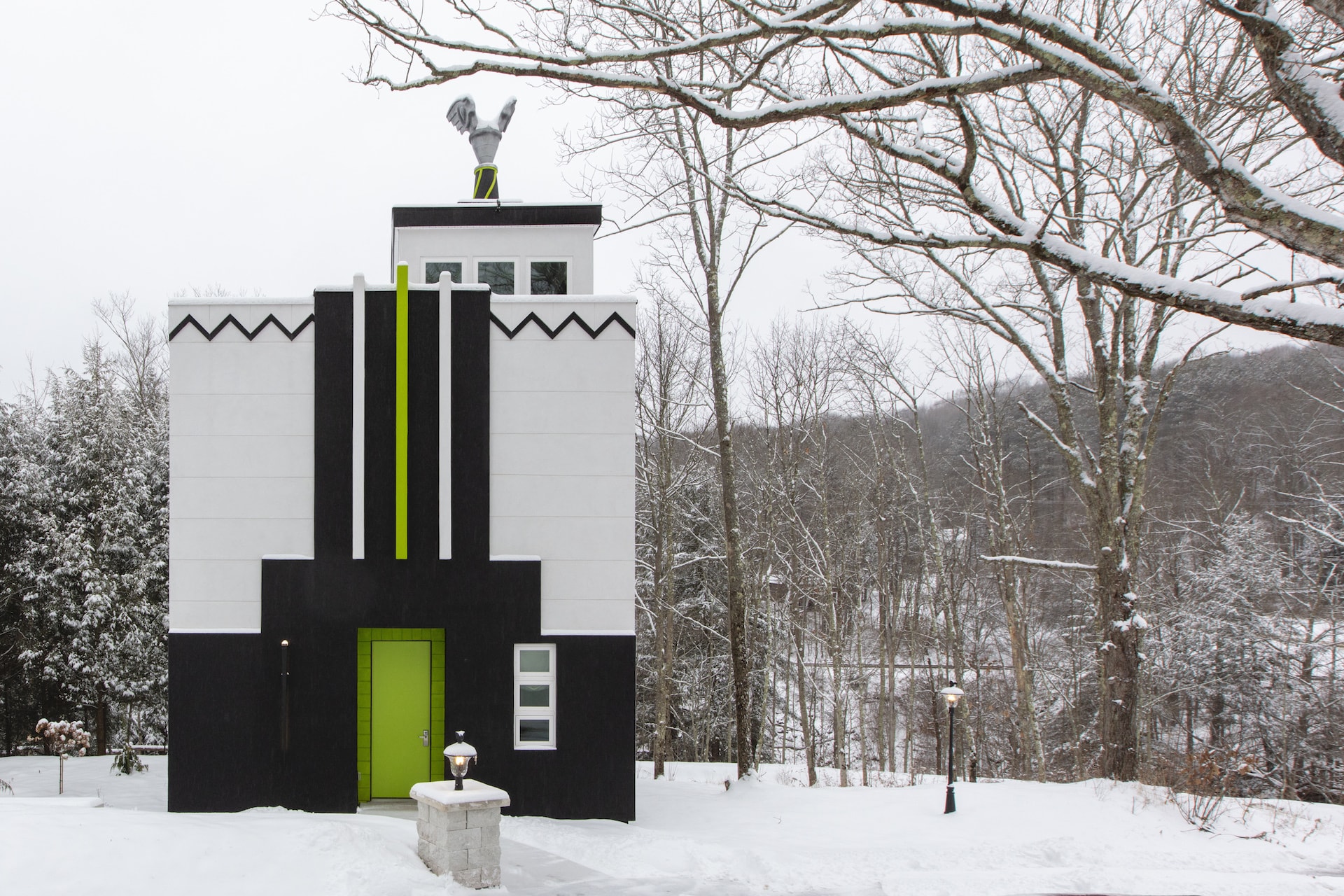 We are old movie buffs – particularly those from the 1930’s when we feel Hollywood was at the height of its glamour. Our idea of a perfect evening is eating a good meal on TV tables in our sitting room while losing ourselves in the sets and the costumes and the movie stars of that era. Some of the greatest sets from that period were of glamorous art deco Manhattan apartments with grand staircases, soaring ceiling heights, and luxurious bedrooms. For us, part of the enjoyment of the film is about the fantasy of jumping into the screen to be IN the film, living in THAT setting – if only for a moment.

The idea behind the concept for The Lost Horizon cottage is about doing just that – giving our guests the ability to feel as if they have jumped into the silver screen into a glamorous Hollywood grand art deco Manhattan apartment. That is why there is no color in the design scheme of this cottage – it is all tones of black and white and silver. And one of our favorite films from that era is the Capra film “Lost Horizon” inspired by the famous James Hilton novel about a utopian land called Shangri La. Not only did the film boast one of the most expensive sets in Hollywood history – all art deco – it also has a famous scene where the lead character discovers his love interest in a pastoral mountainous waterfall setting.

This cottage boasts a location closest to our waterfall with a rooftop observation deck via a second staircase with breathtaking views of the Stratton resort cottagescape on one side and the old stone arch bridge on the other side. And when the leaves have fallen – you can see the very top of the waterfall. In addition to the rooftop observation deck, this cottage features: