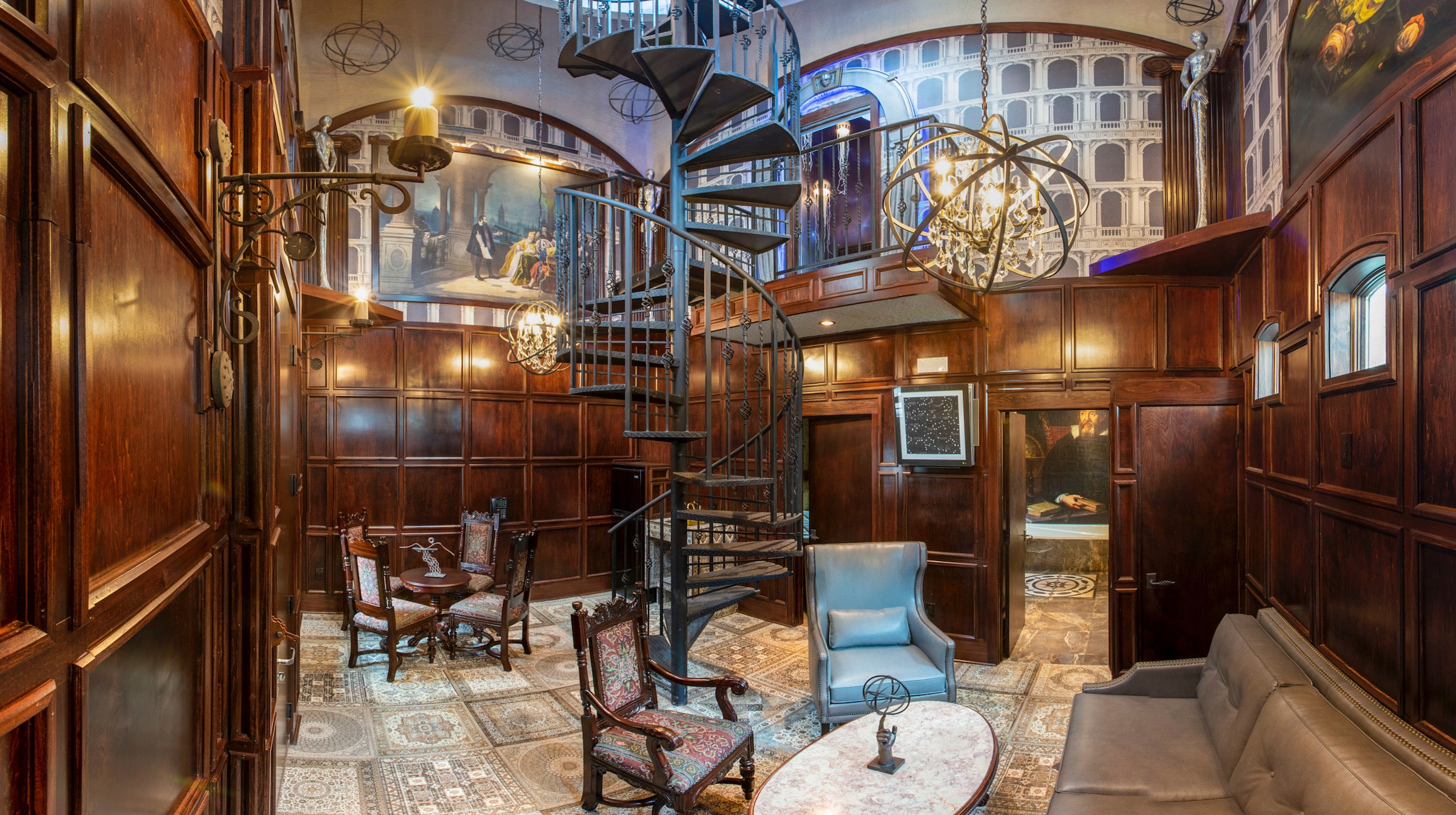 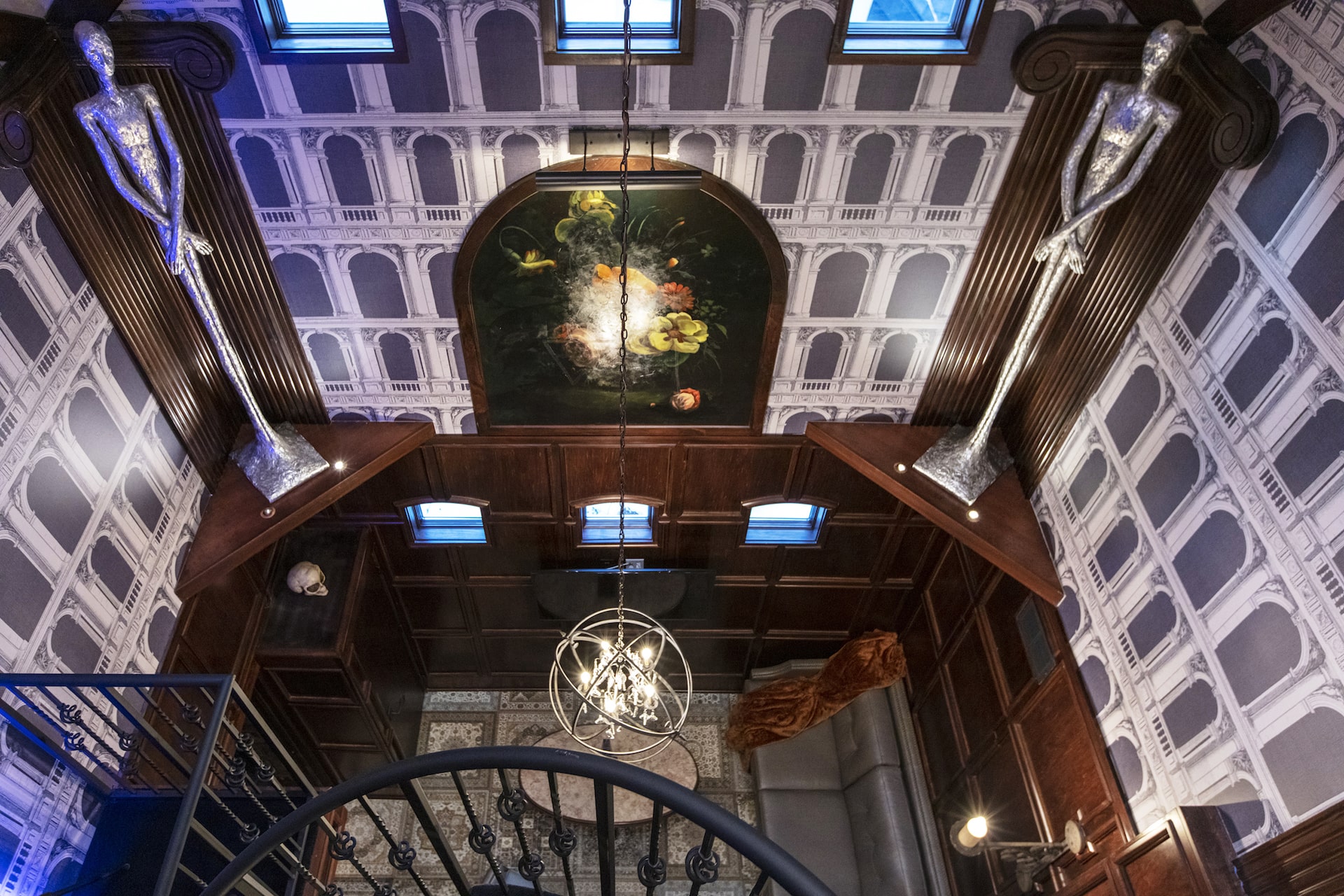 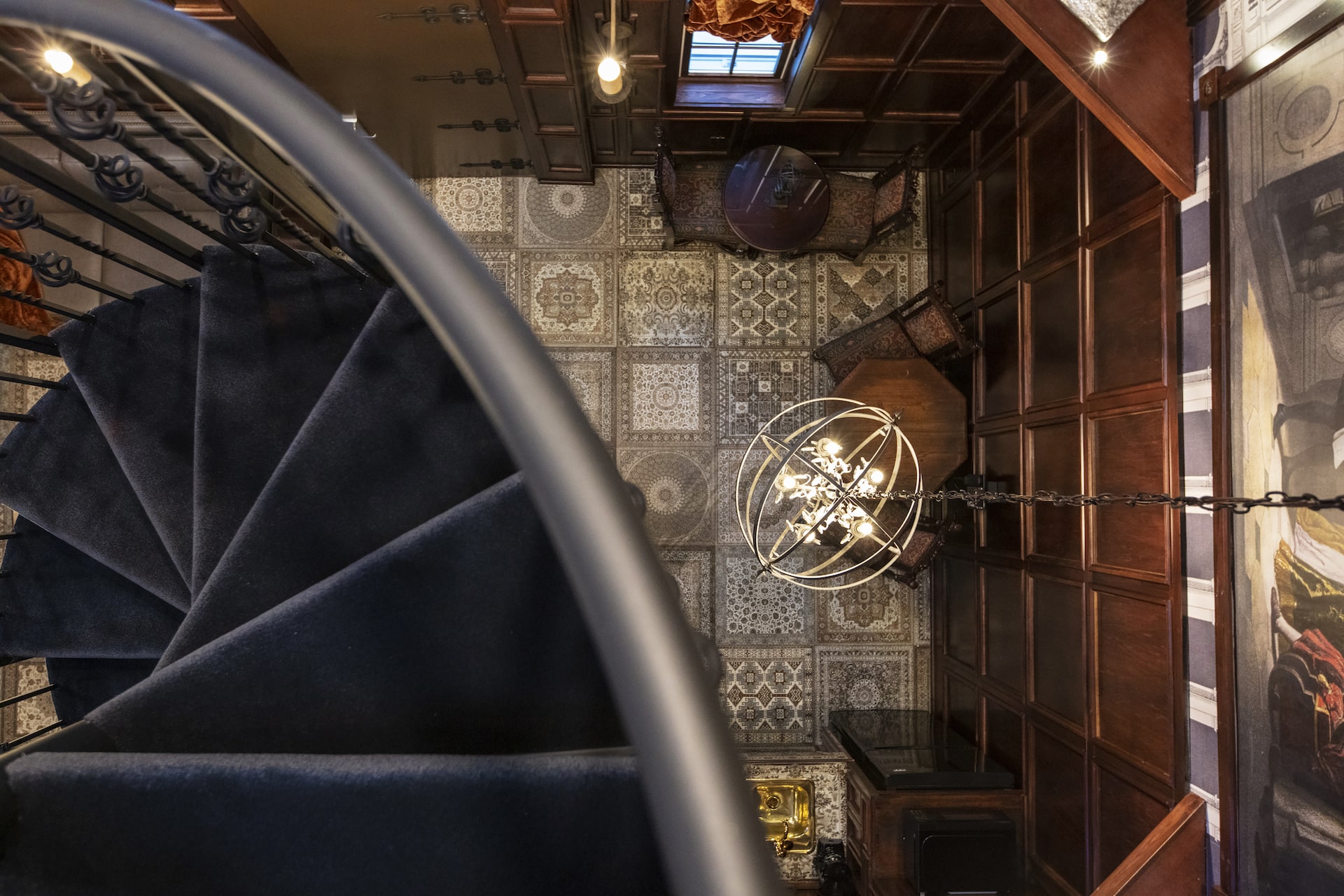 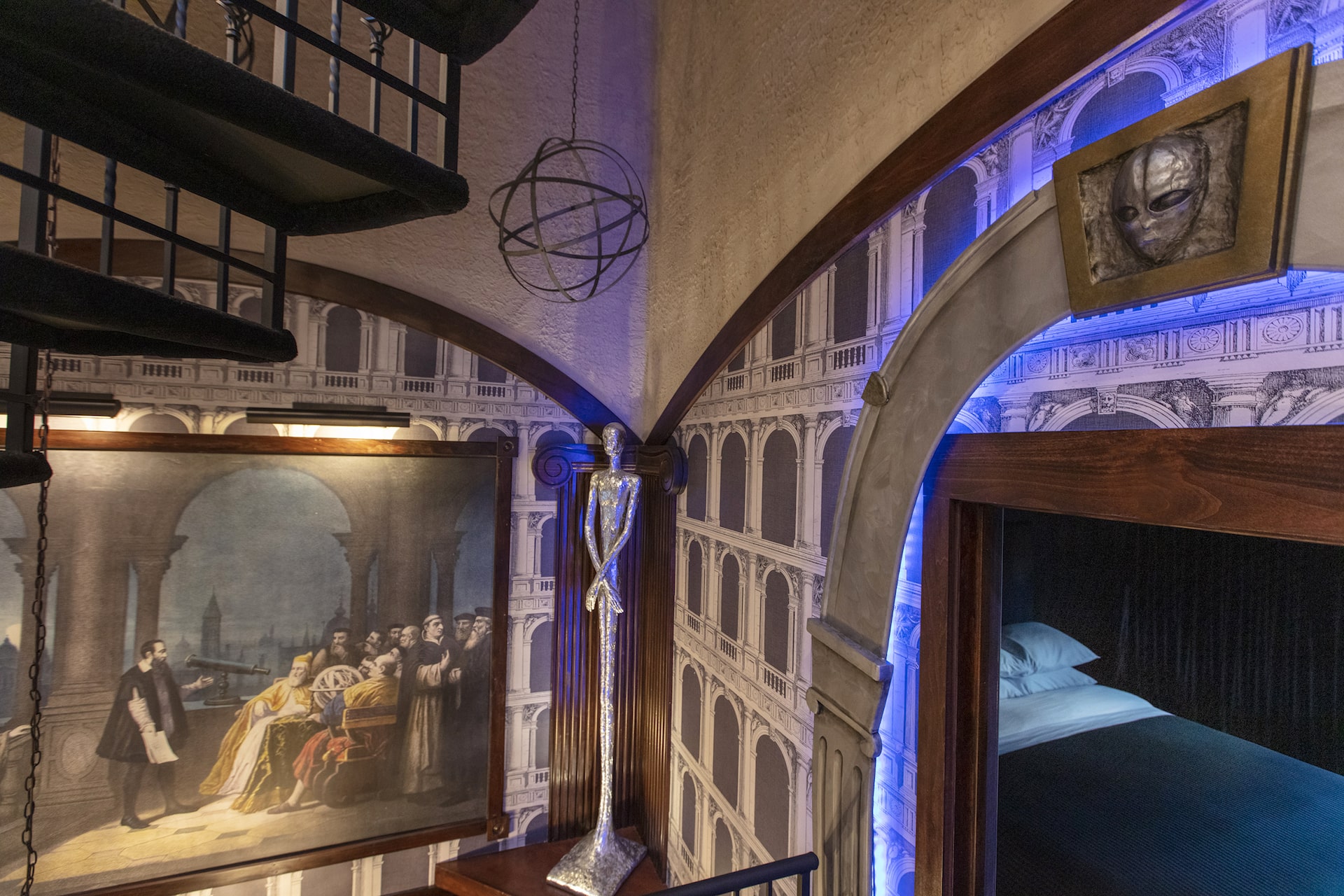 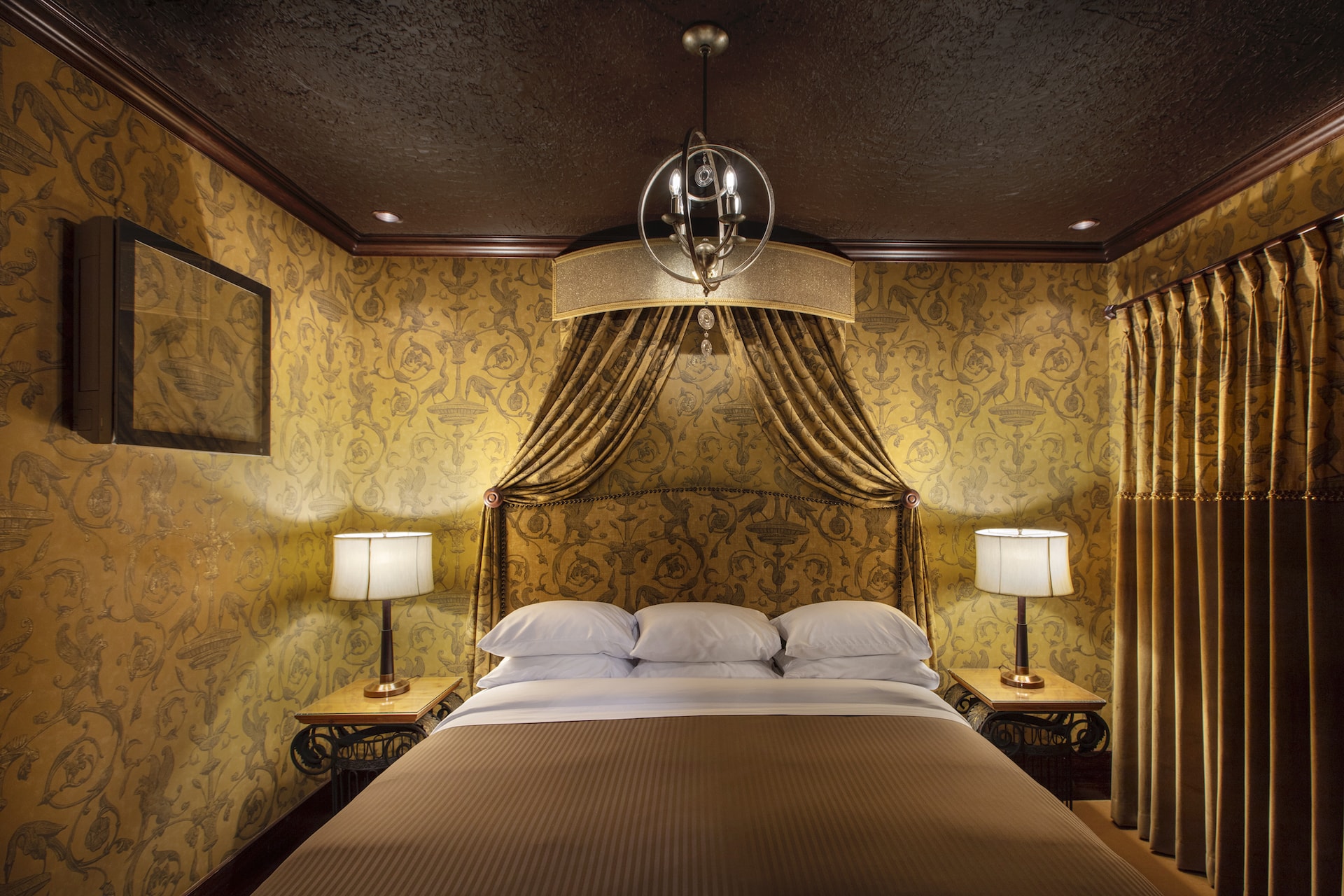 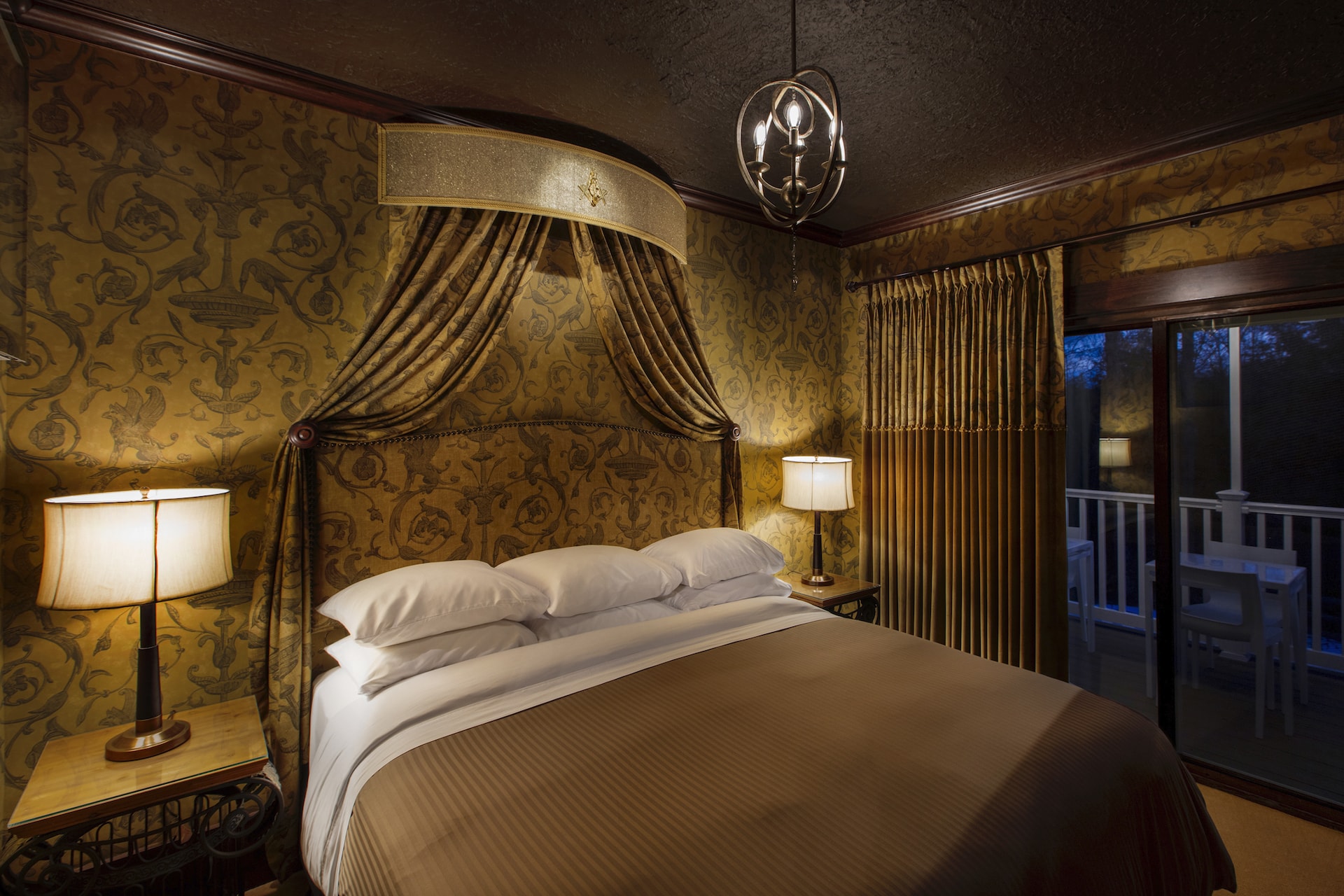 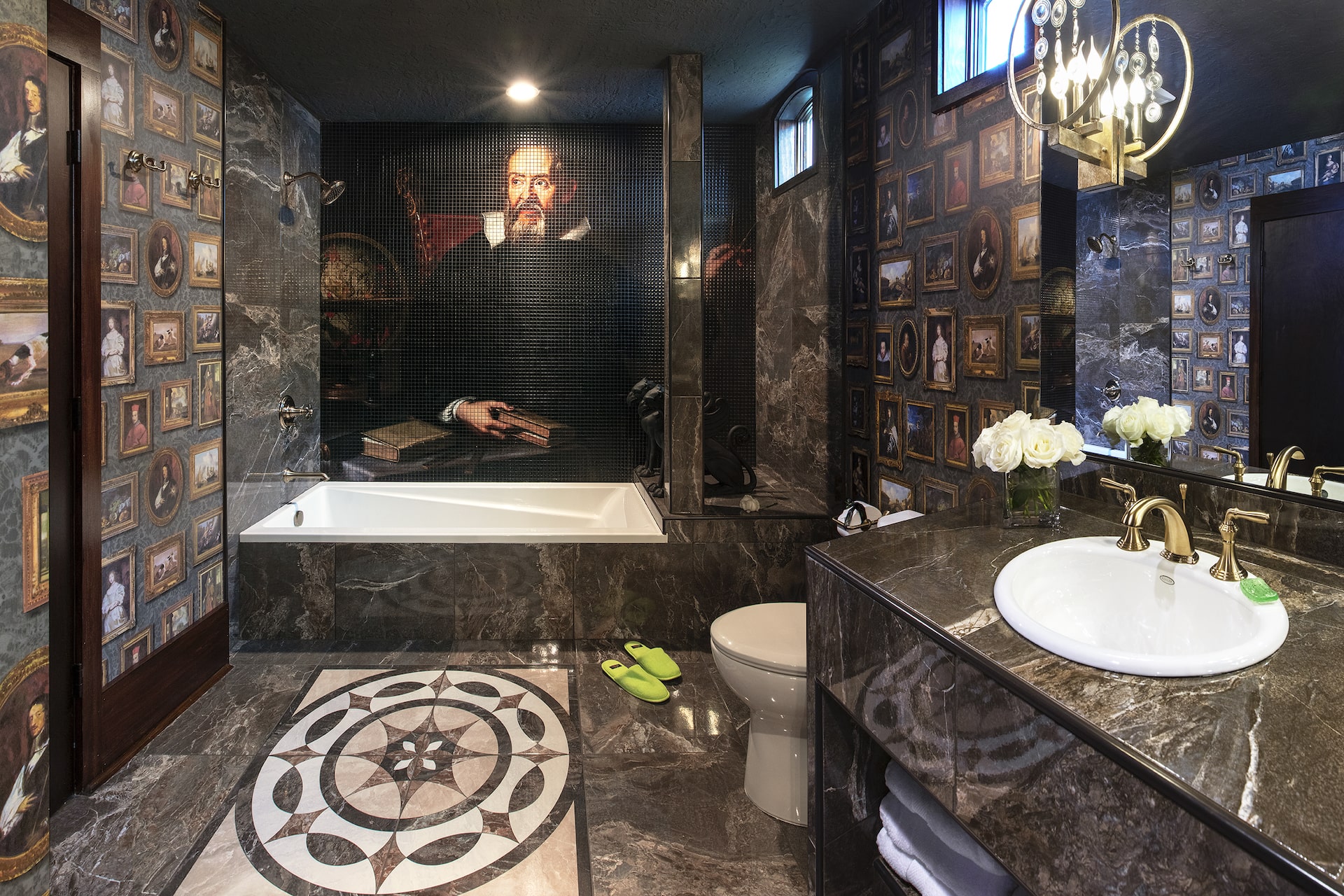 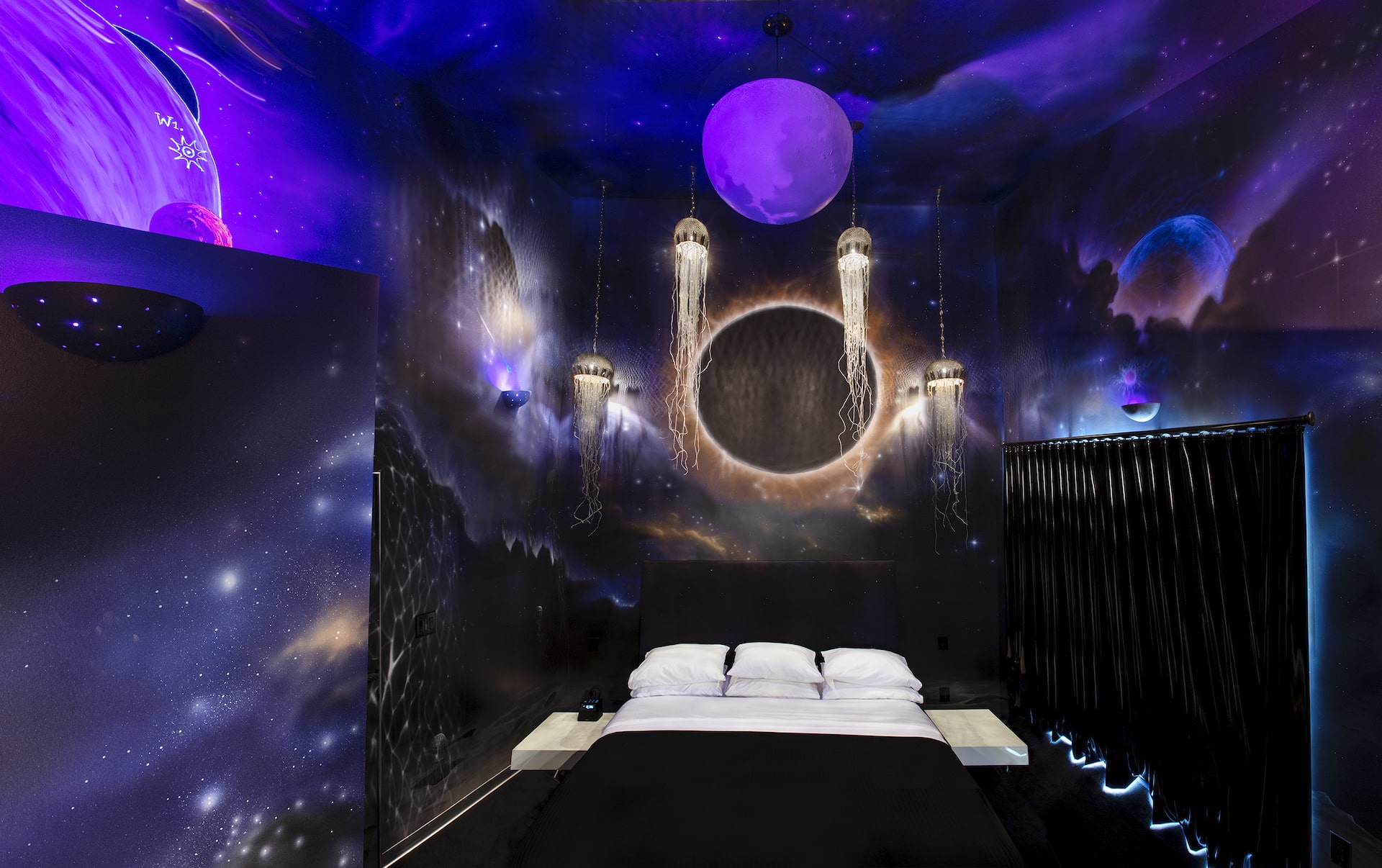 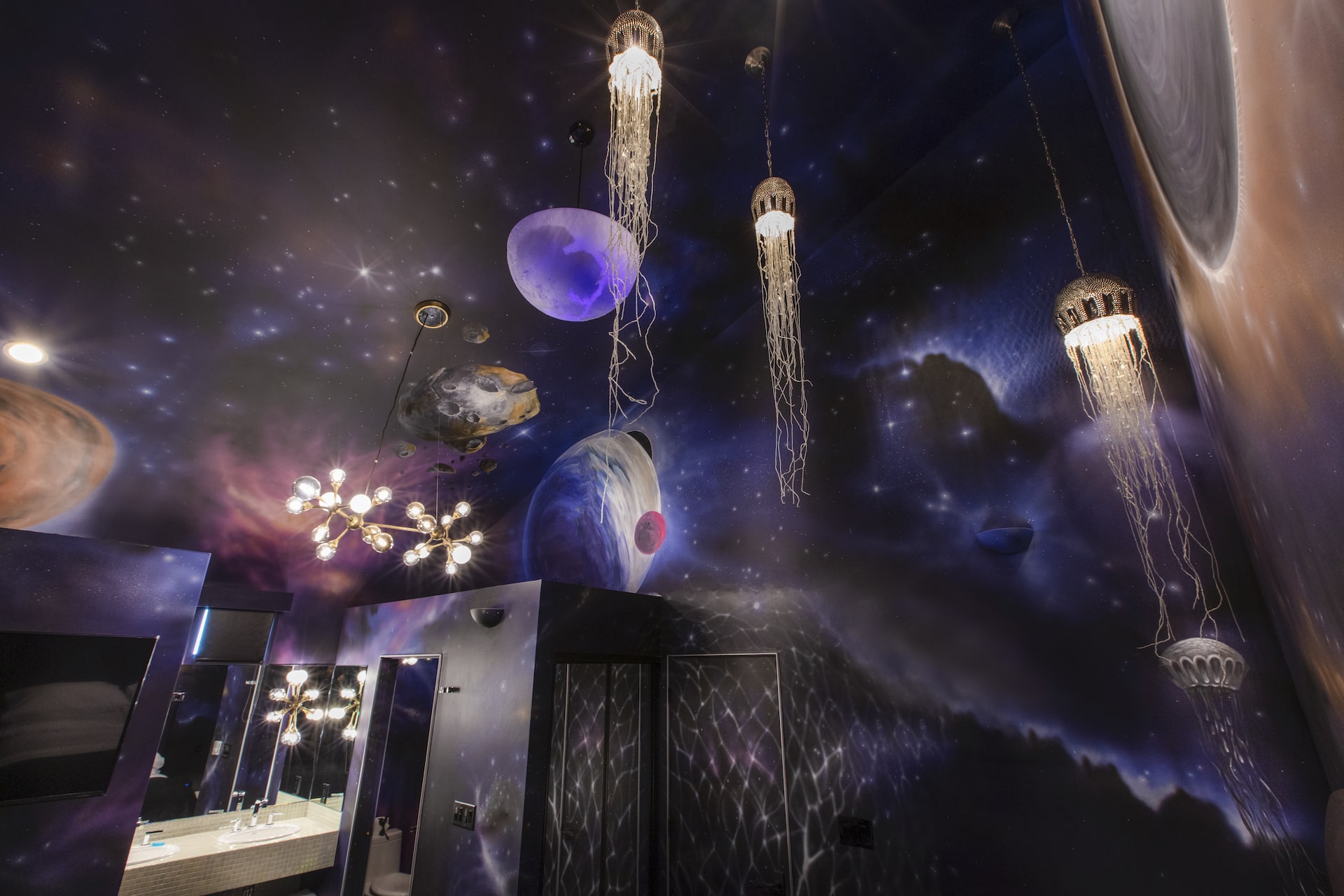 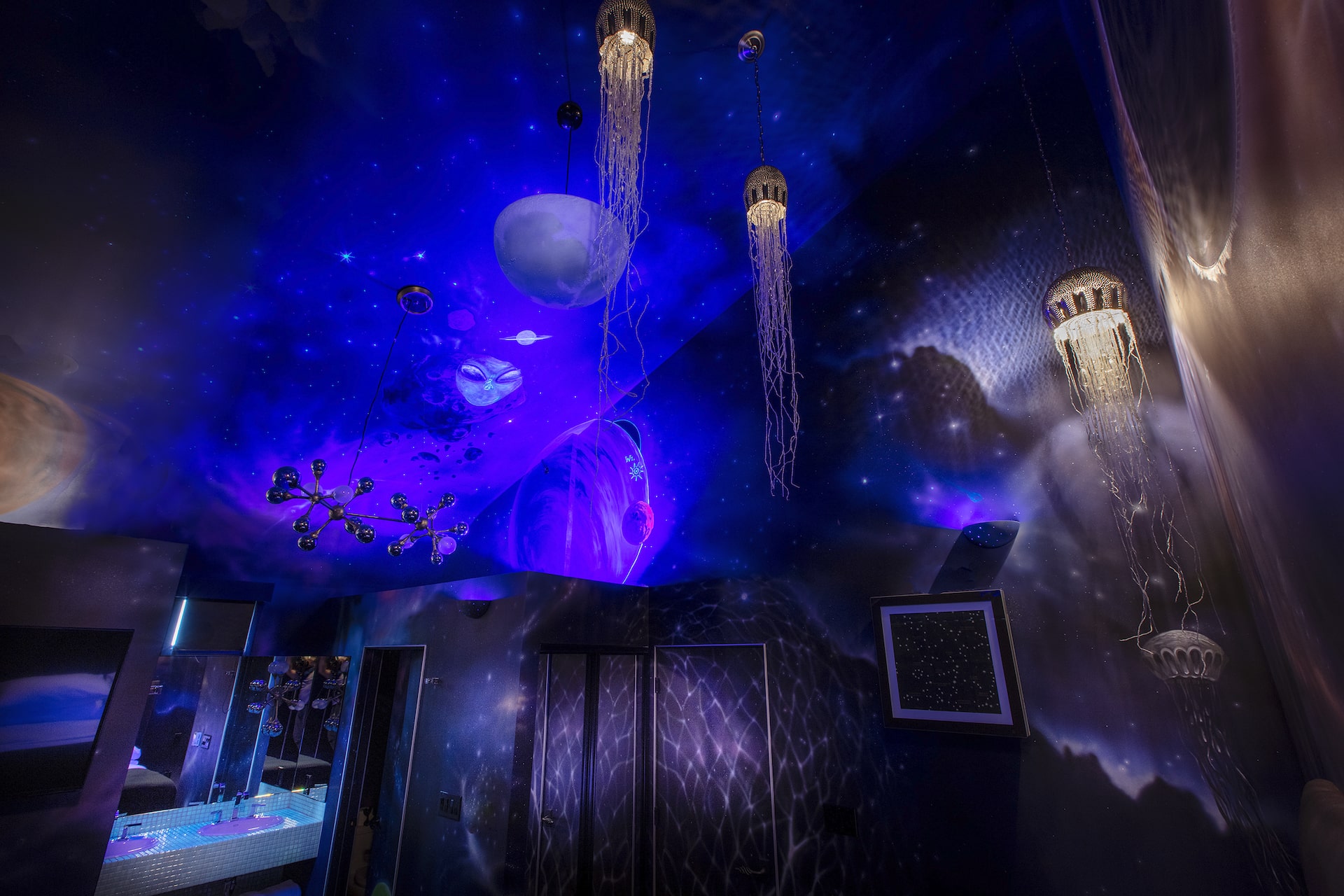 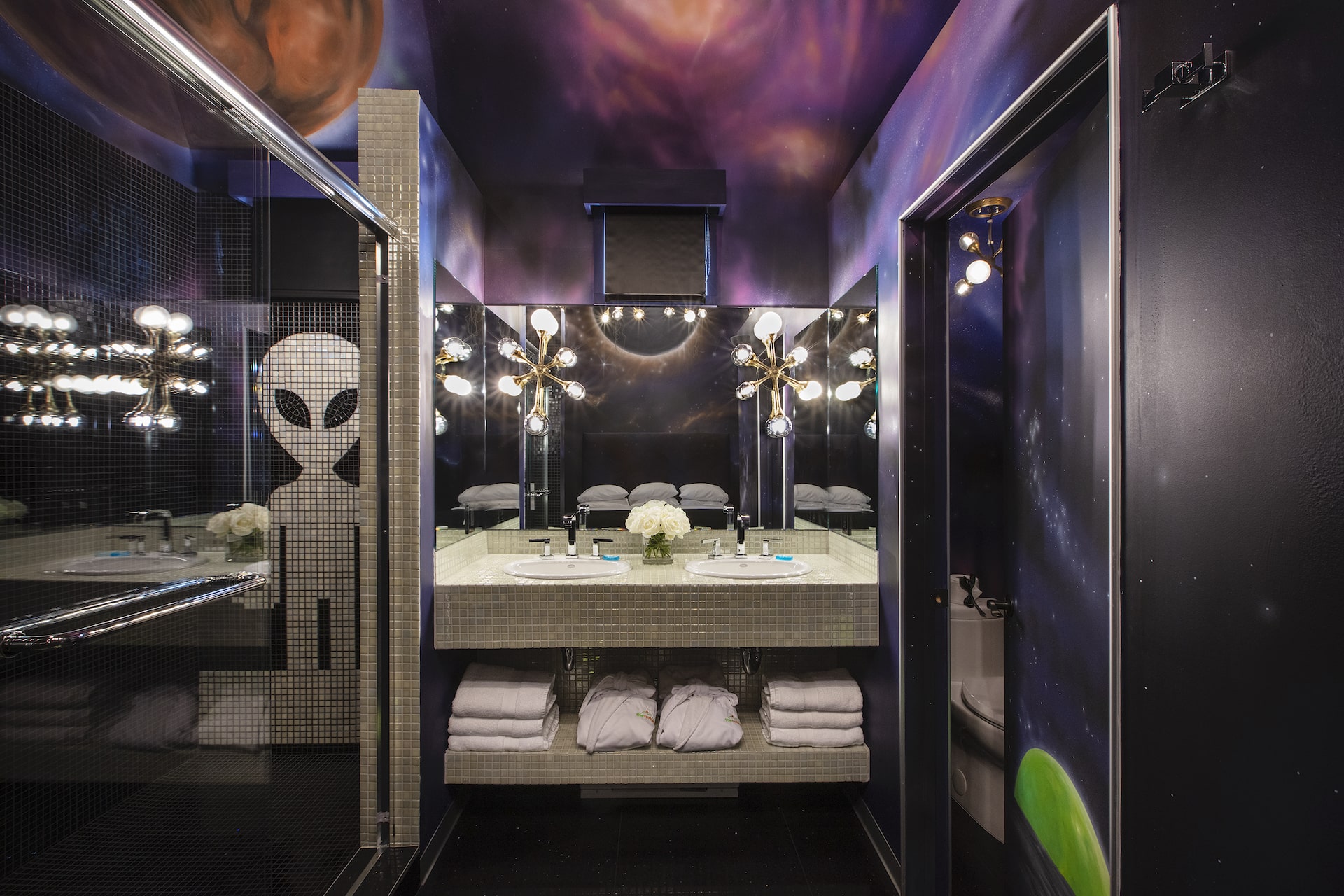 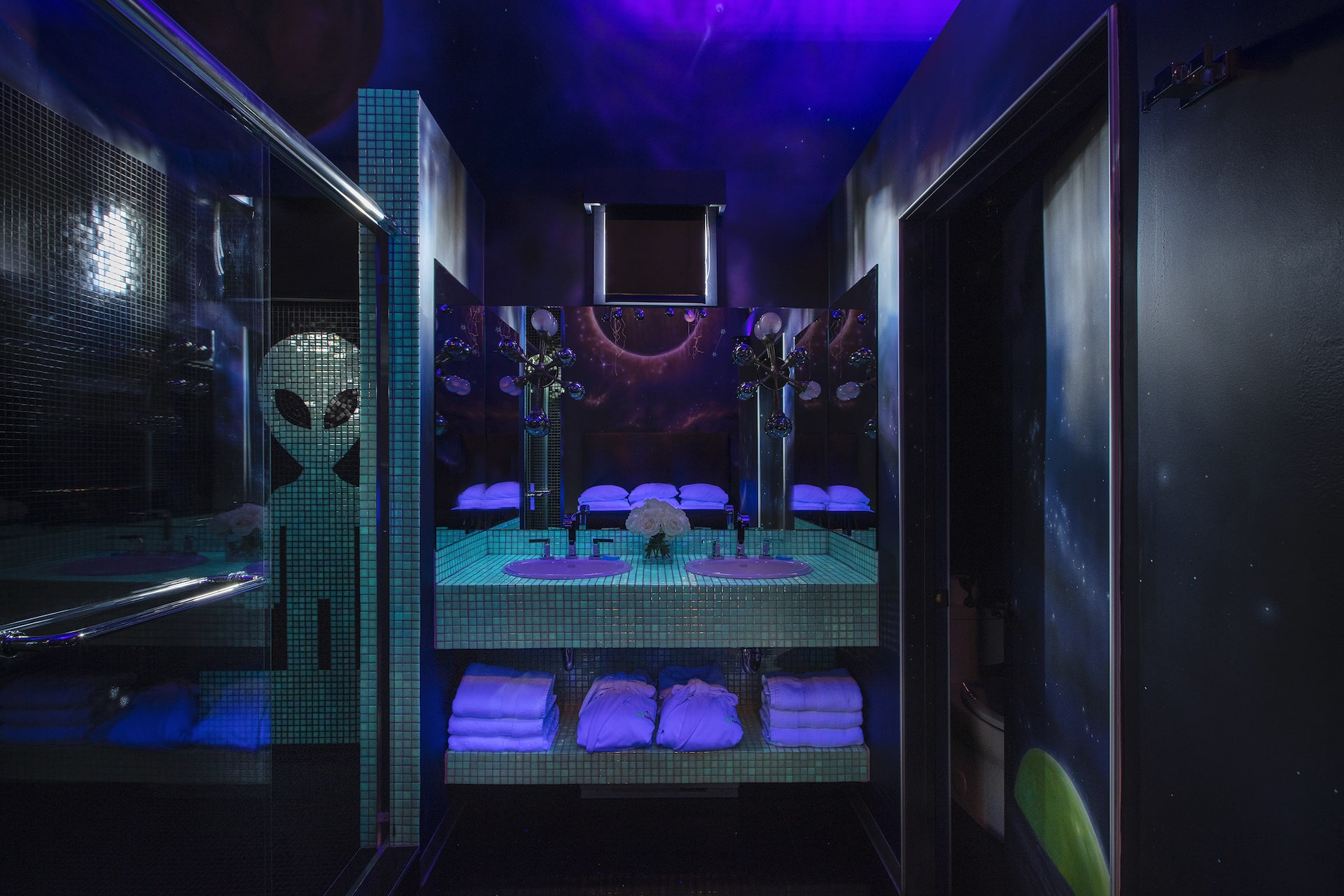 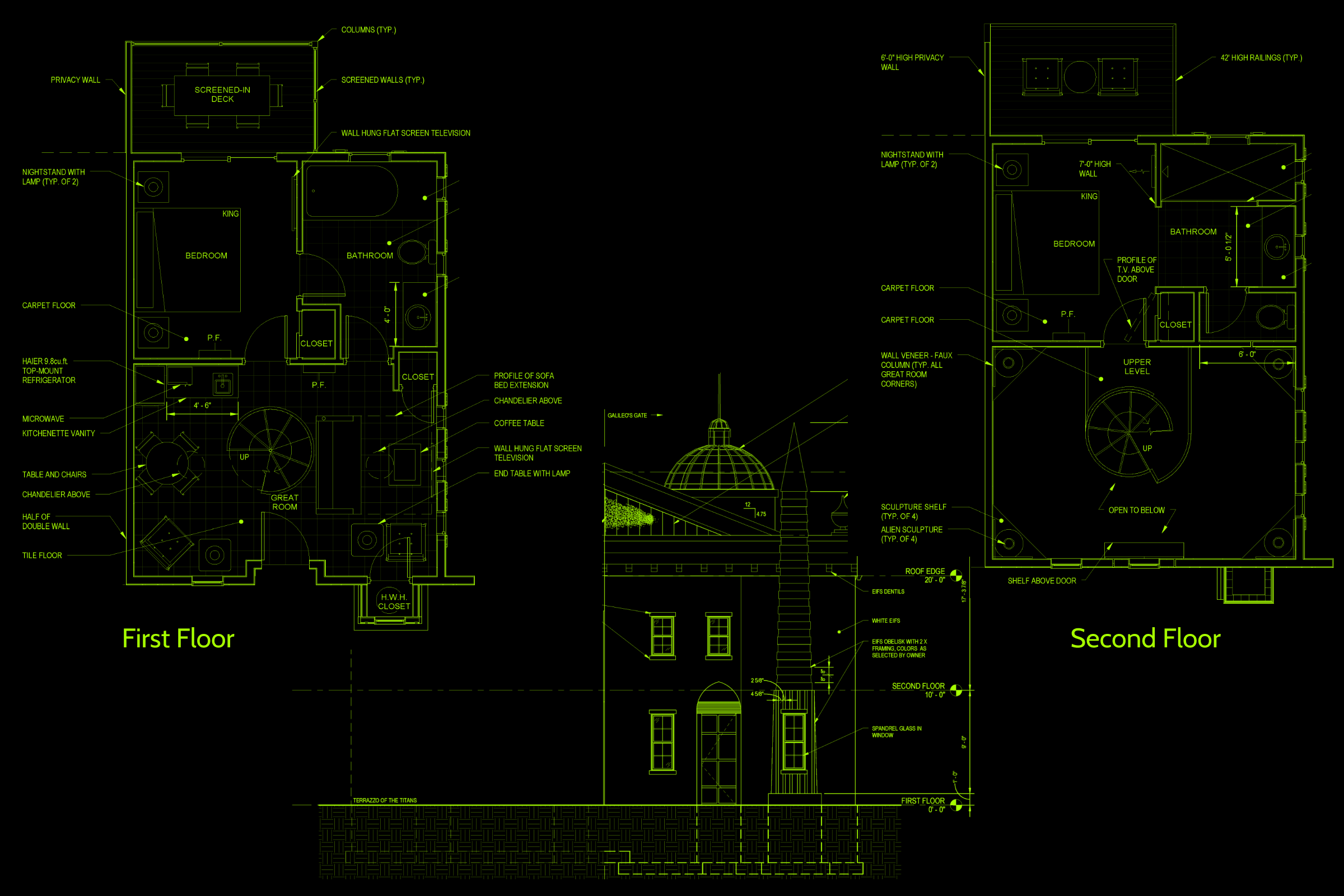 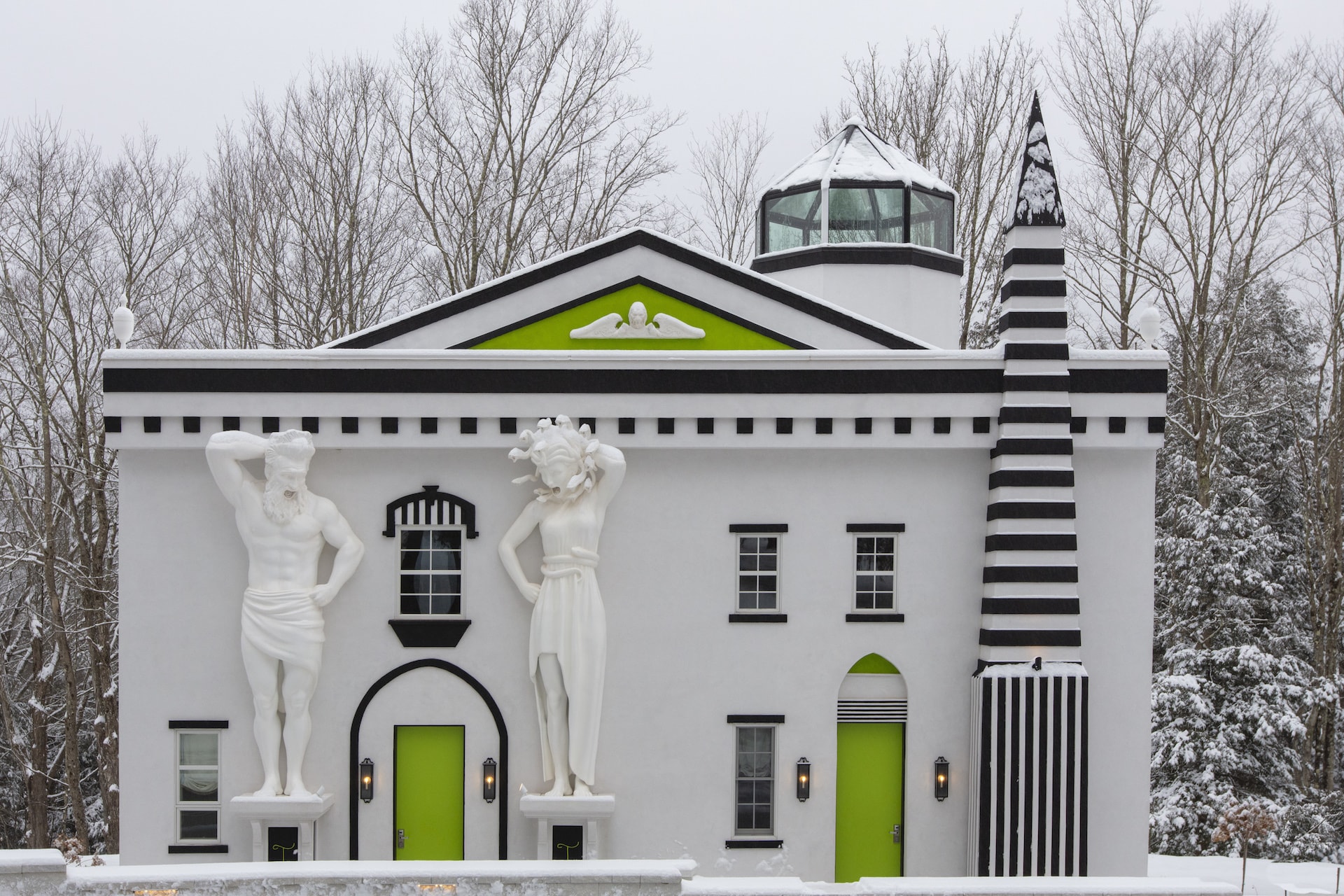 Ancient Astronaut Theorists hypothesize that perhaps some of the greatest human minds throughout history were influenced by visits from beings from other planets. Was Galileo Galilei one of those people? Was the Father of Modern Astronomy, Physics, and the Scientific Method actually a pupil of greater minds who were part of a grand plan to help civilize planet earth? We will never know. But as you can tell, we’re sci fi nerds who love to watch the History Channel… And the idea gave us the inspiration for creating a multi-dimensional design experience where you go from the Renaissance and the time of Galileo on the first level and up a towering spiral staircase through an illuminated portal into an alien galaxy on the second level, and then back up the spiral staircase into an octagonal stargazing glass observation deck (complete with telescope). All the while guarded on high by statues of the four alien “teachers” of Galileo.

And lest you miss the multiple wall switches, be sure to explore the three levels of the multi-dimensional world of the upstairs alien galaxy bedroom: 1) the galaxy in full light, 2) the galaxy in the dark, and 3) the galaxy in black light. Other features of this, one of our more abstract cottage creations, include: