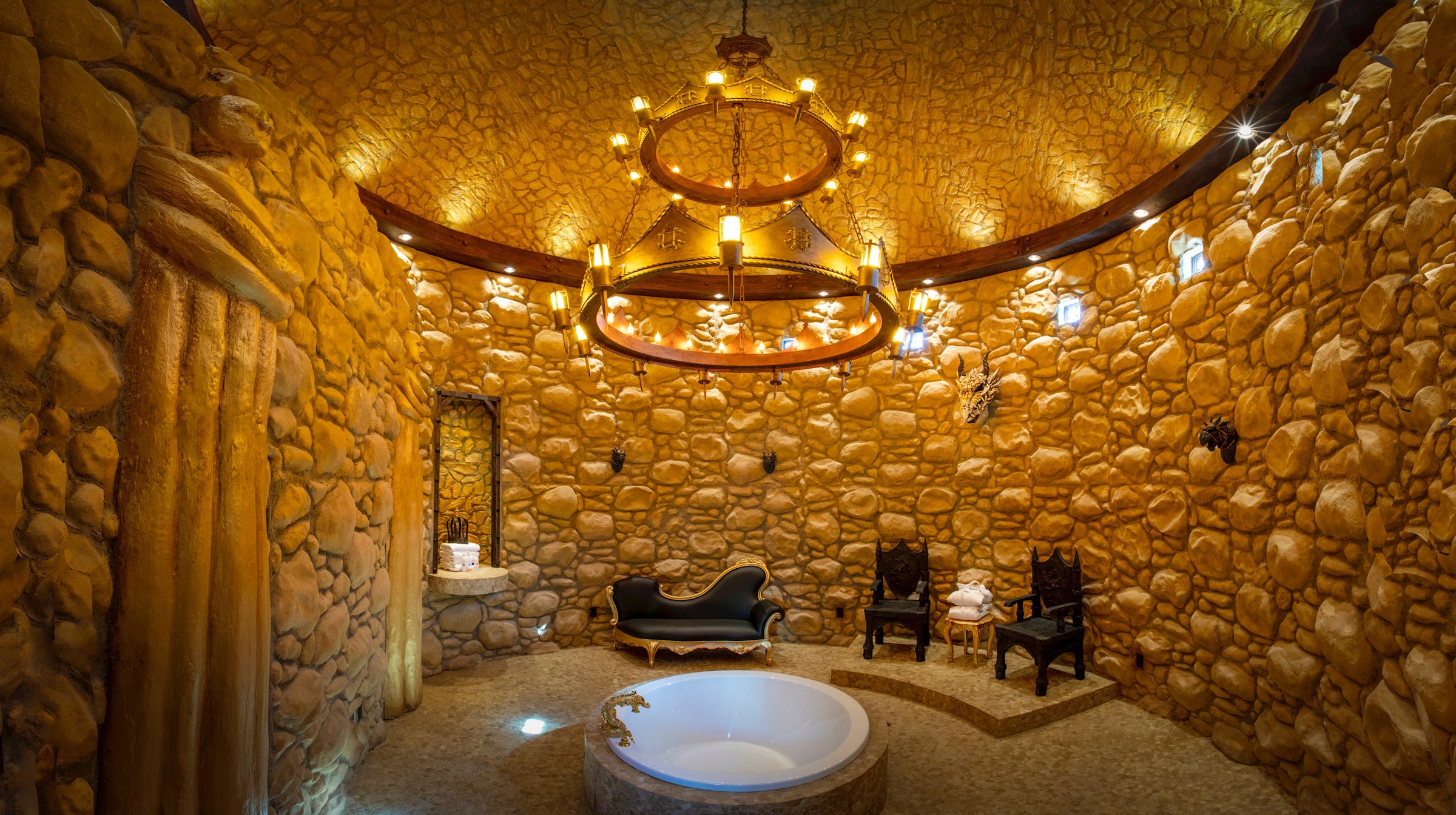 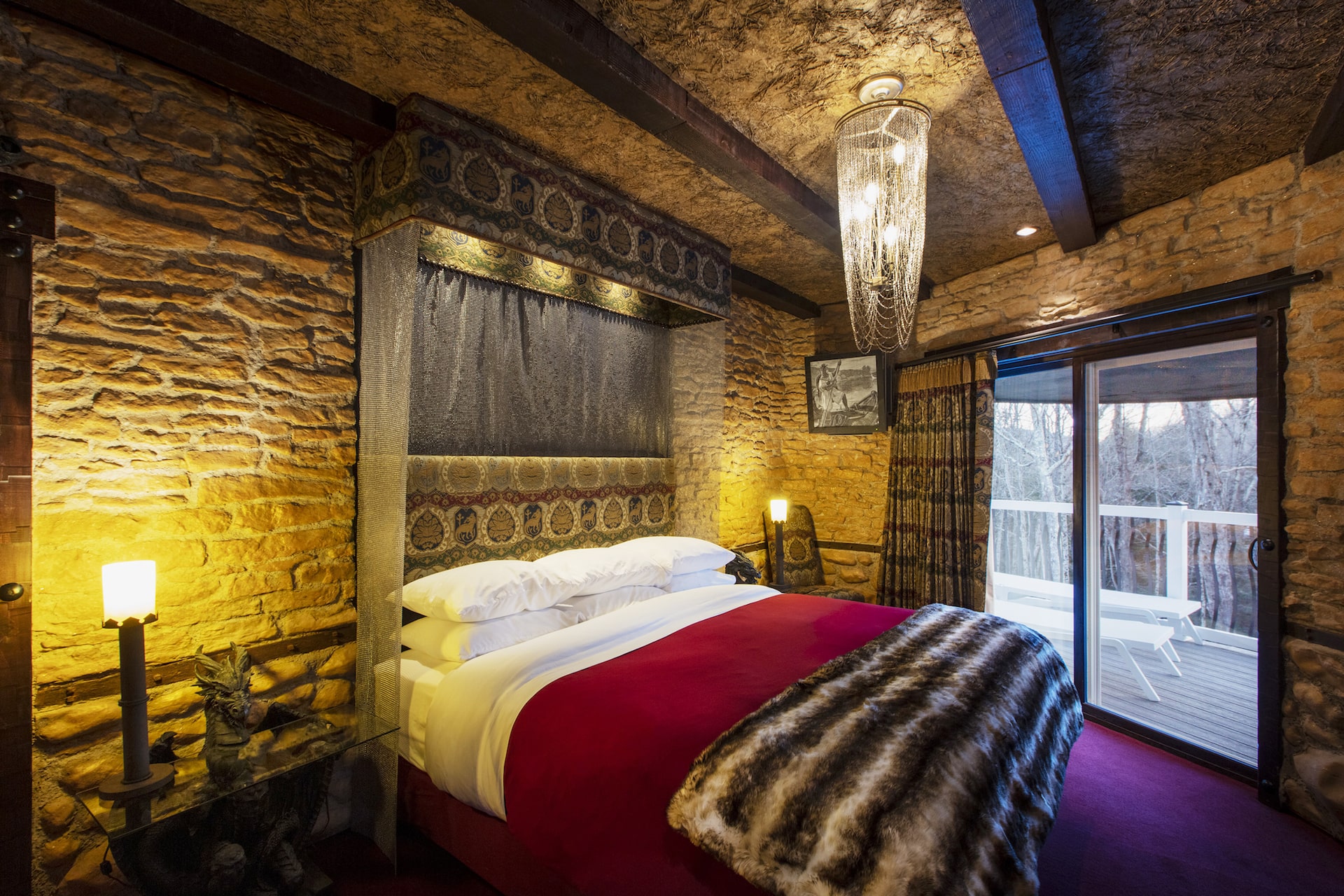 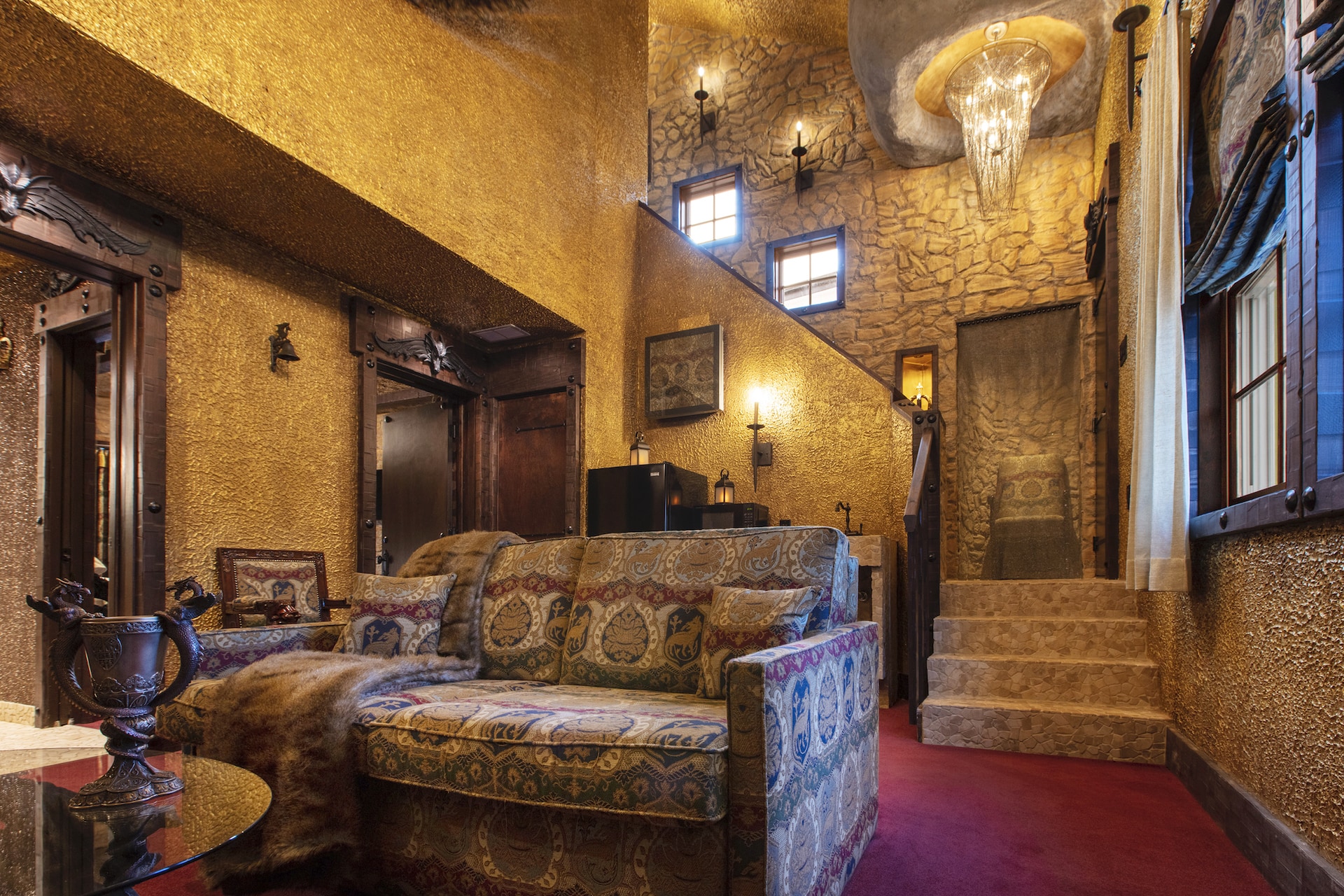 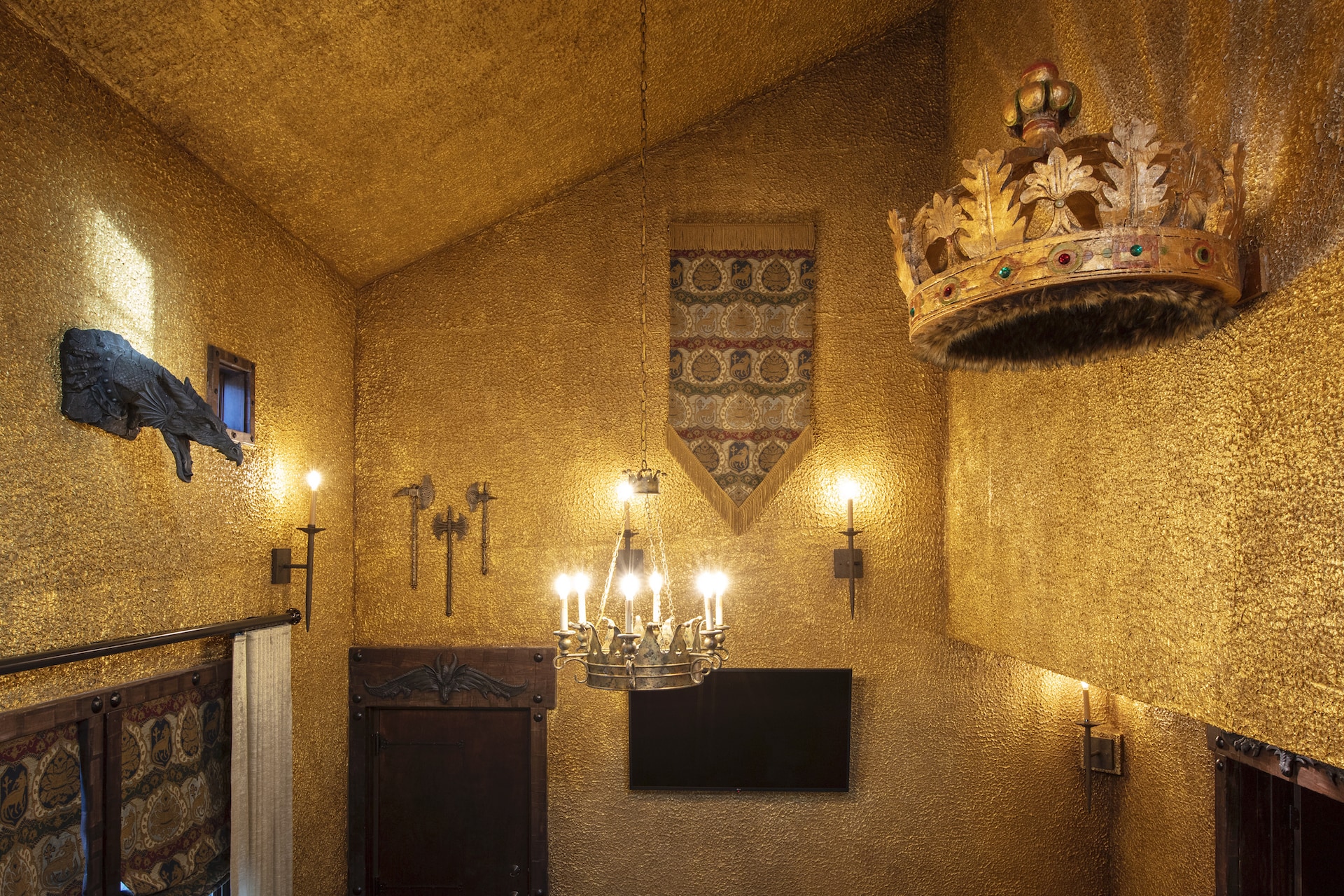 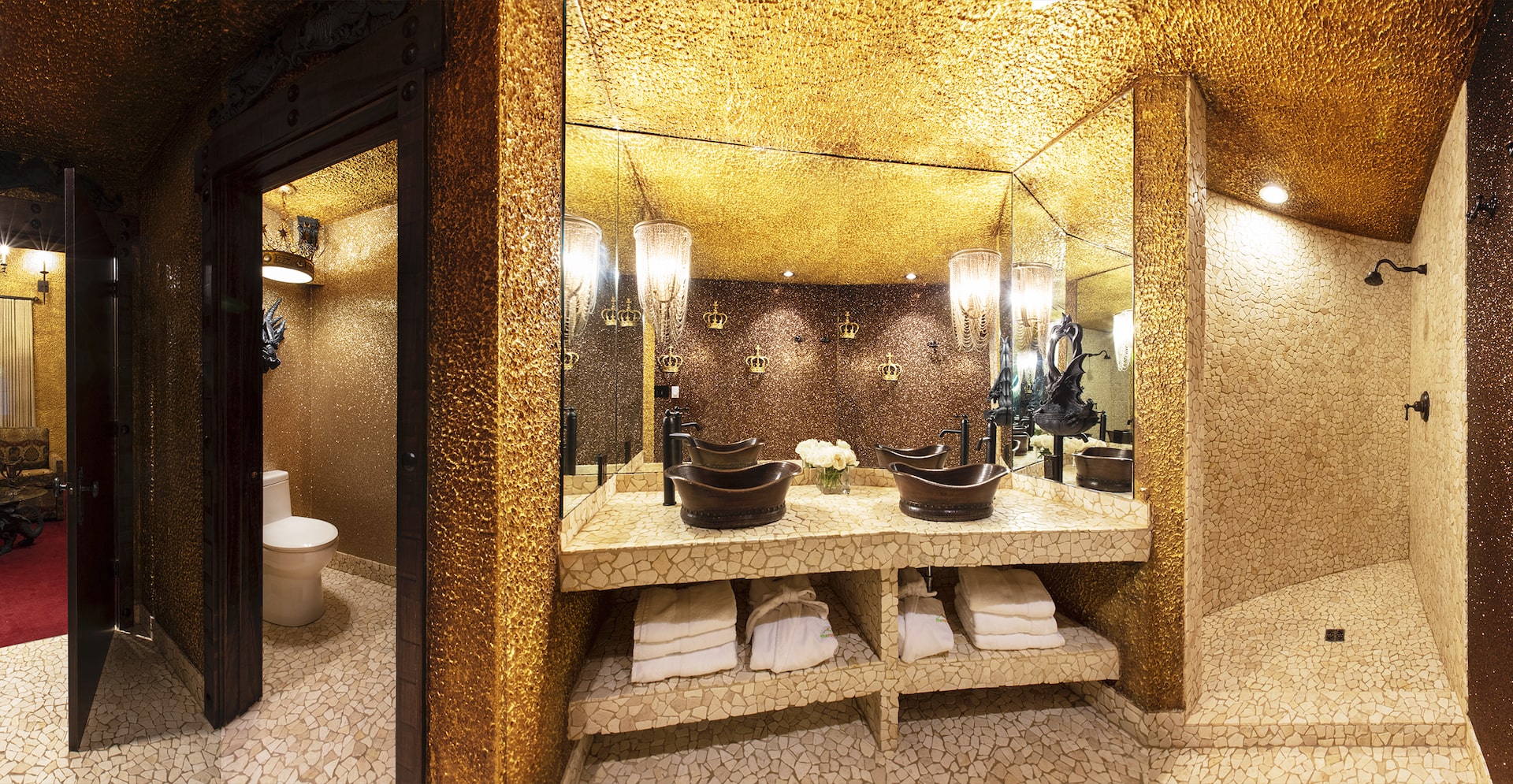 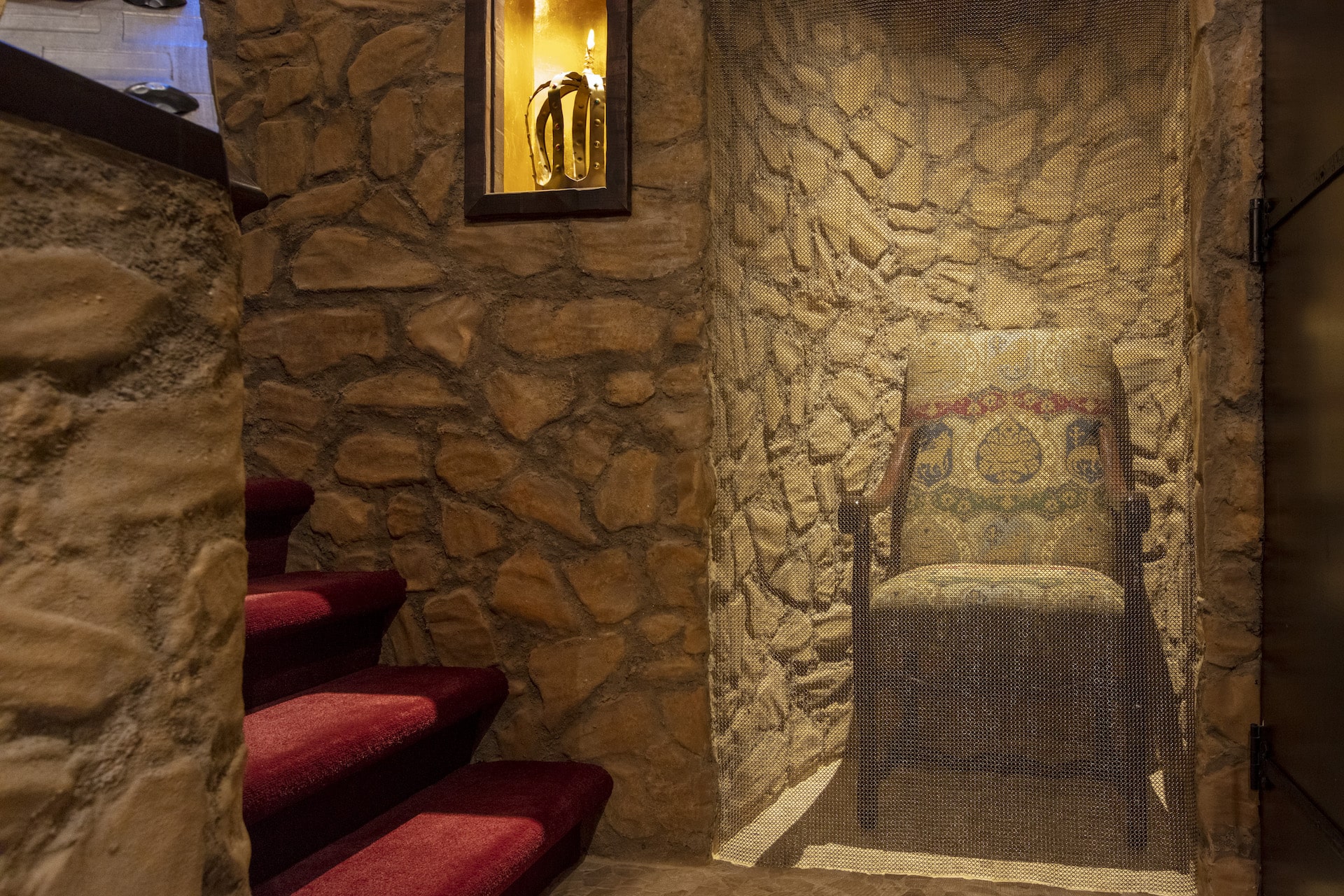 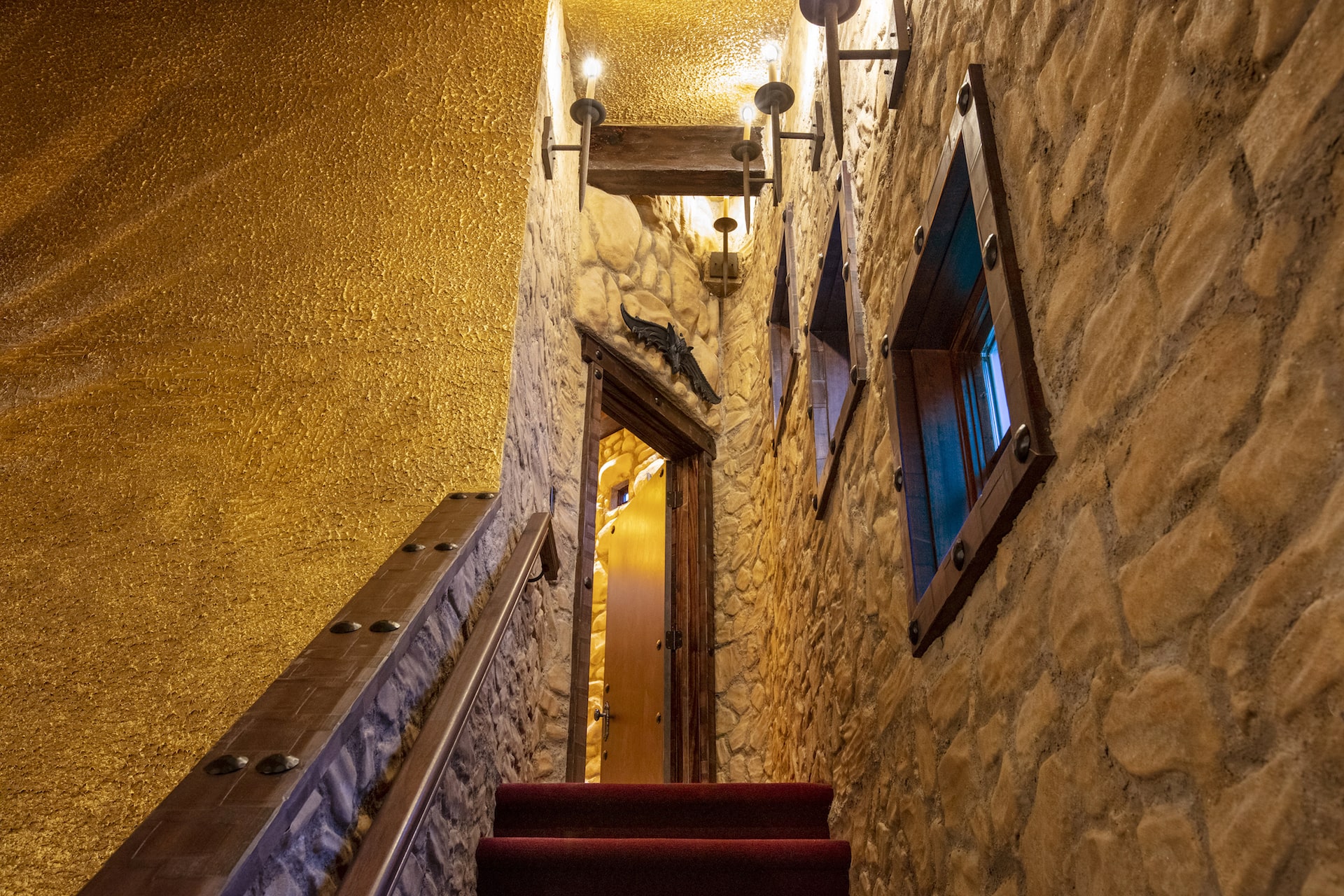 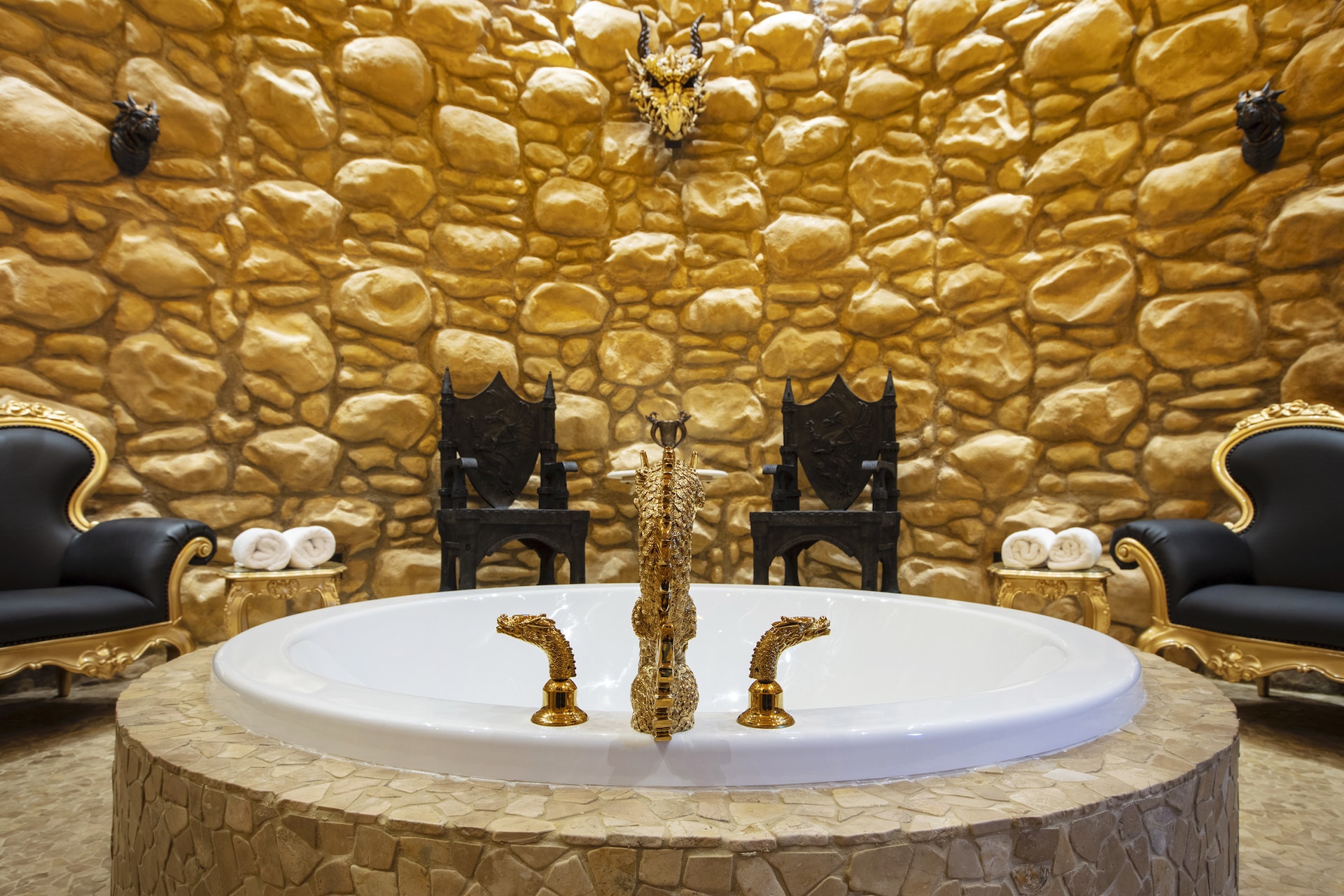 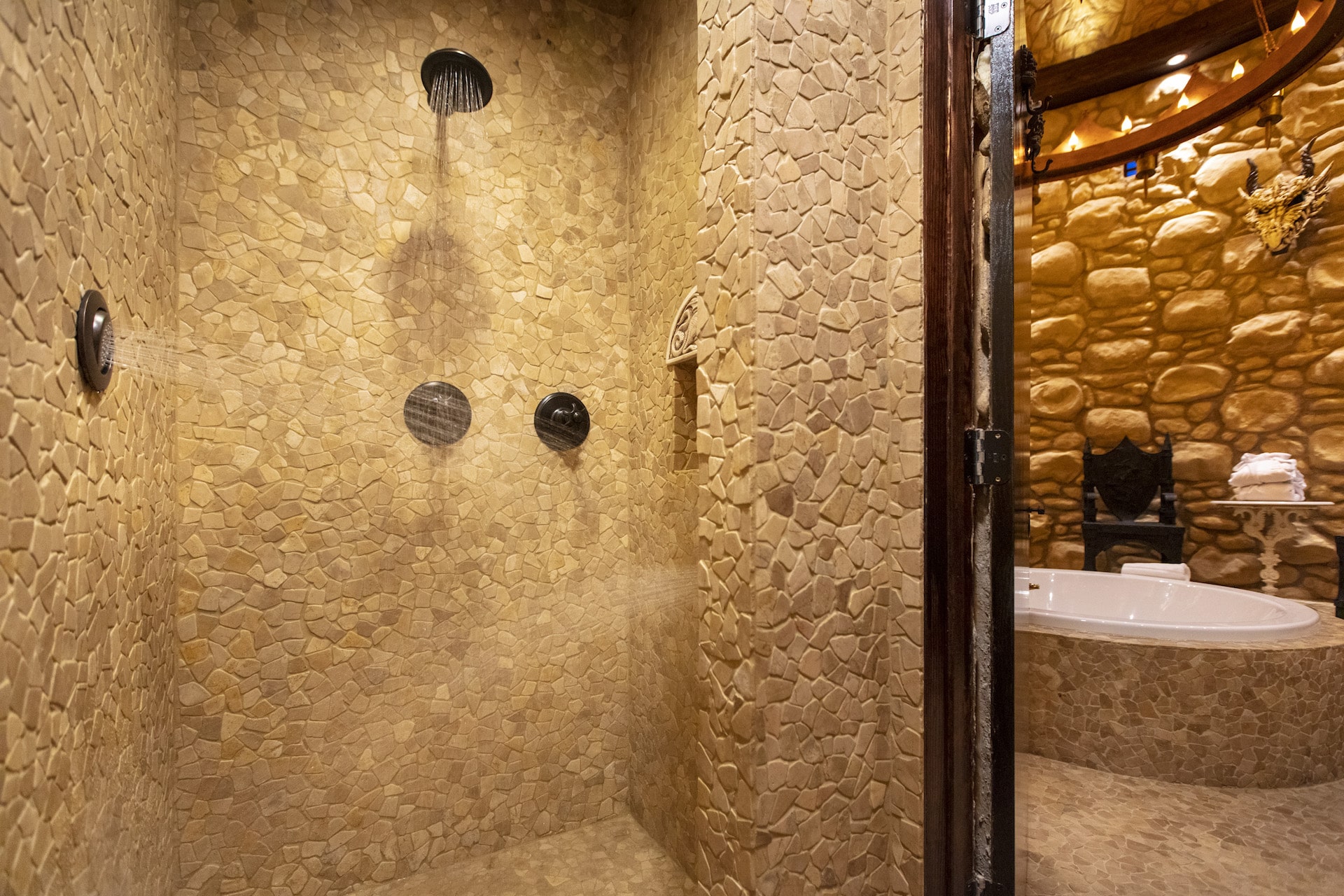 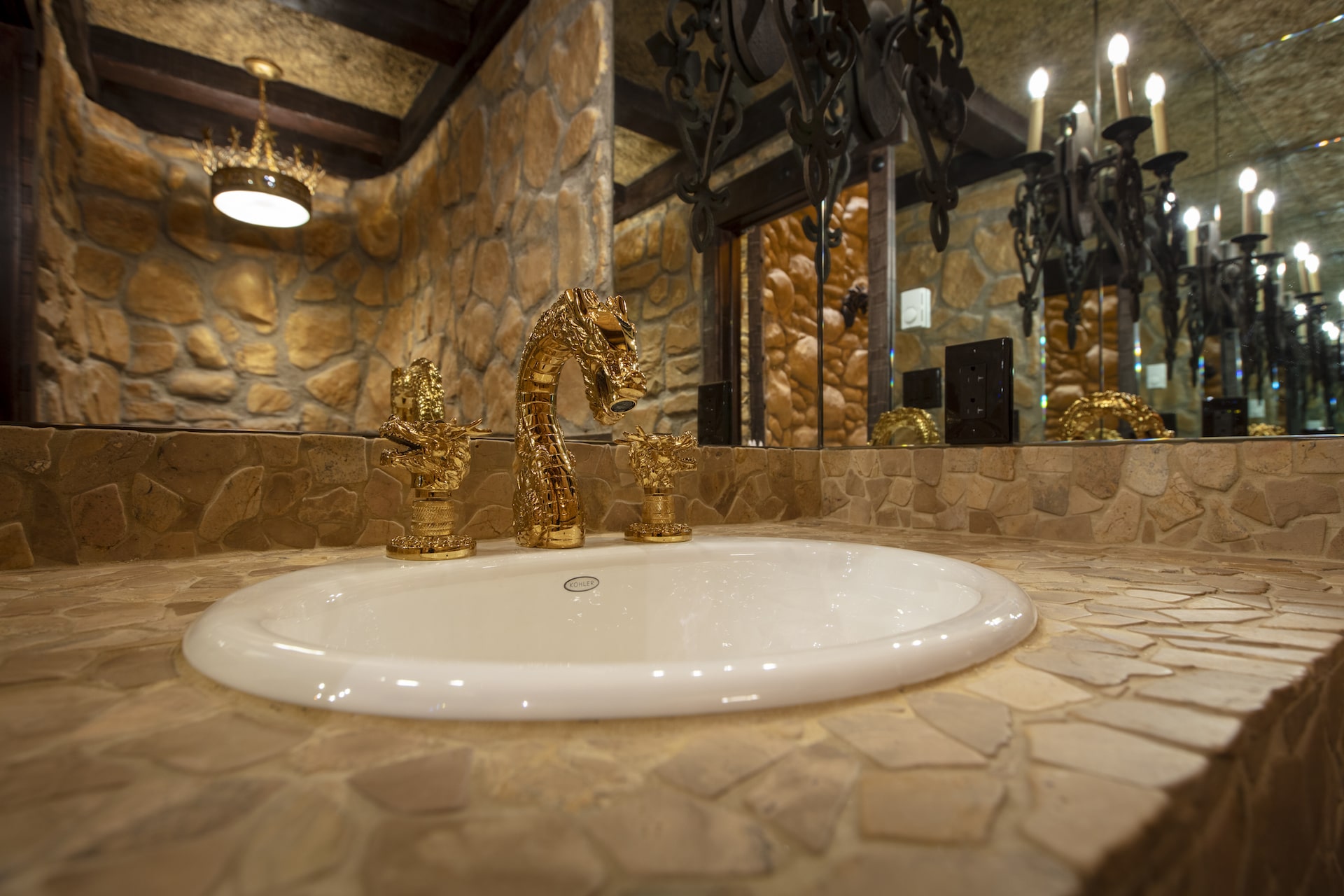 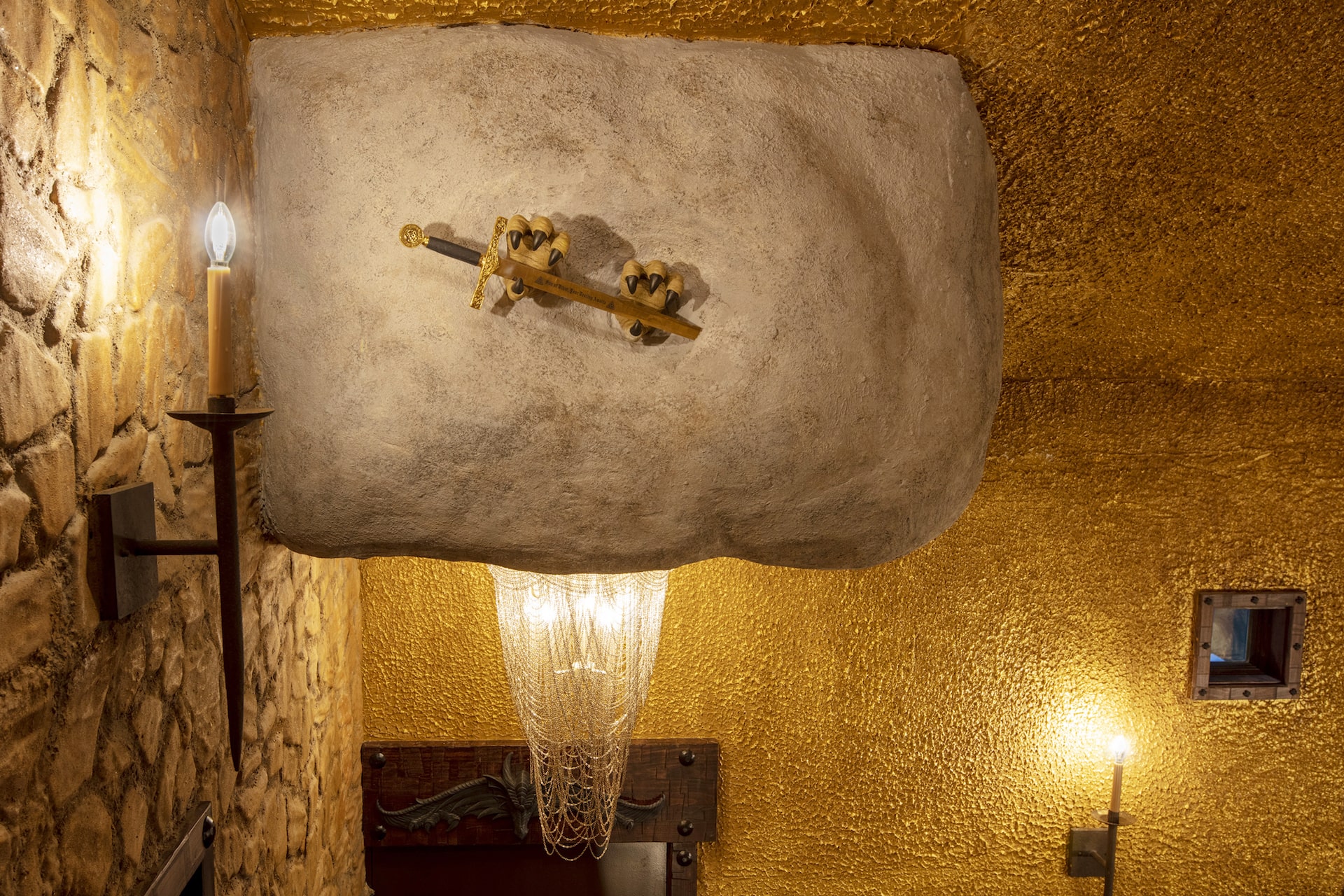 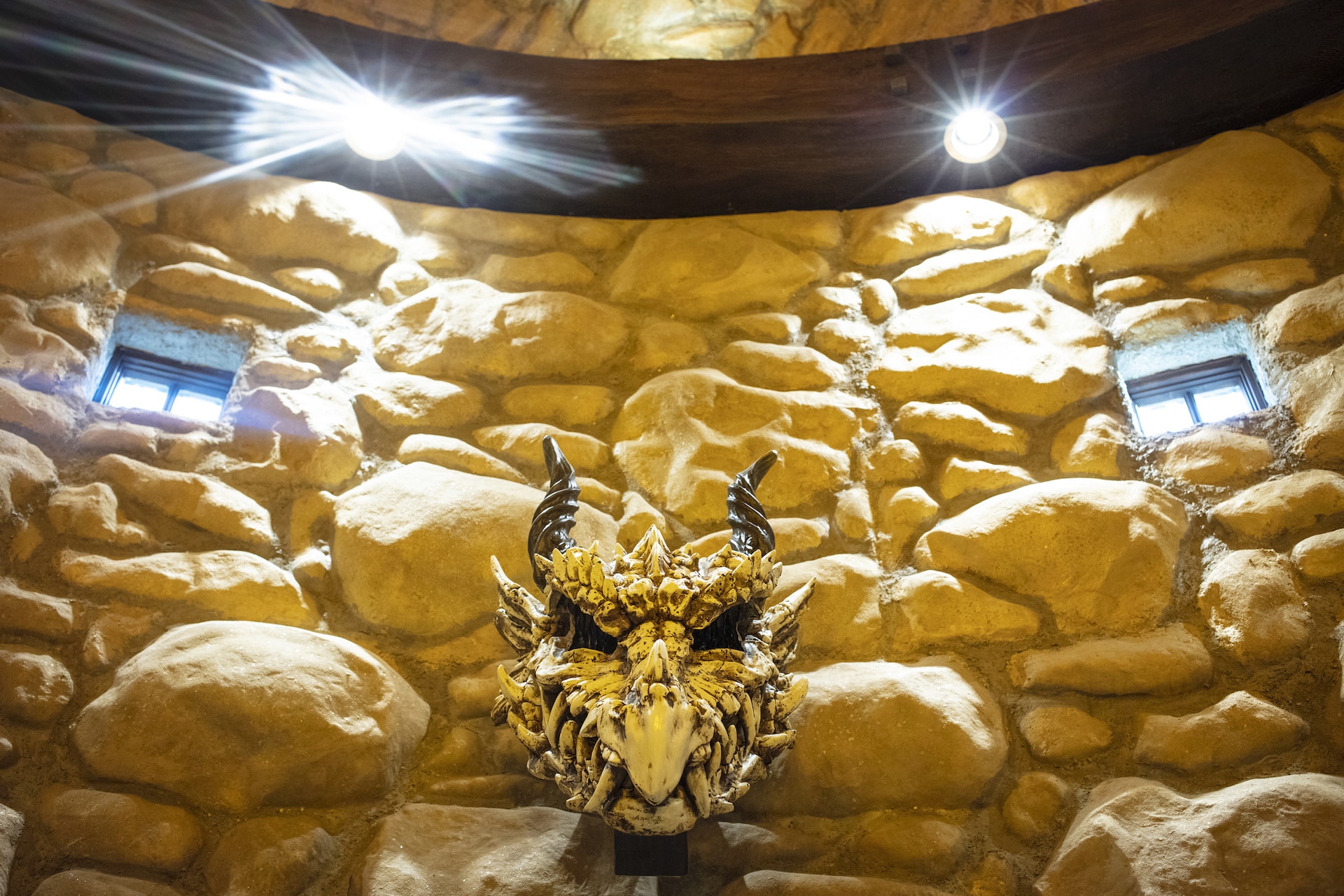 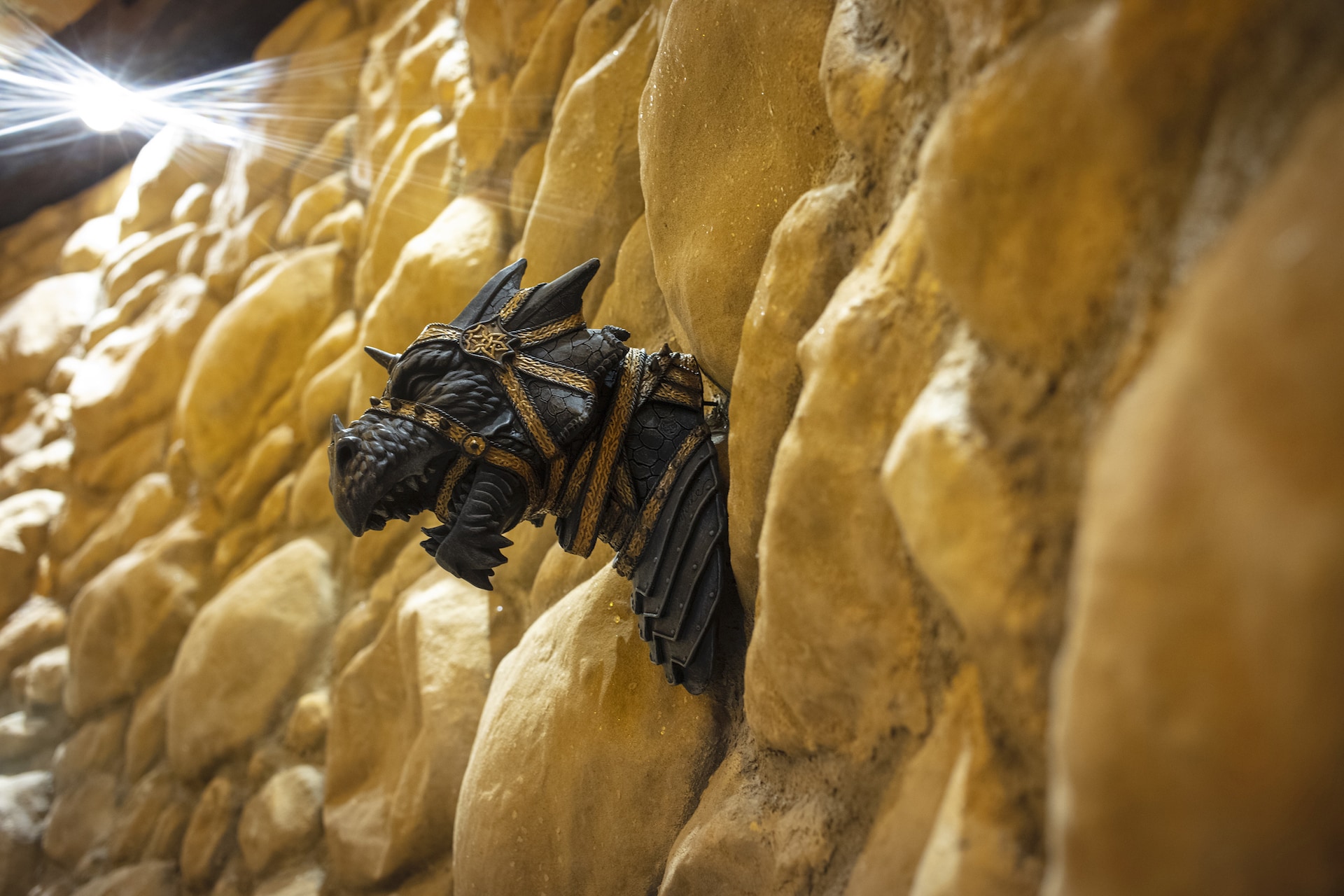 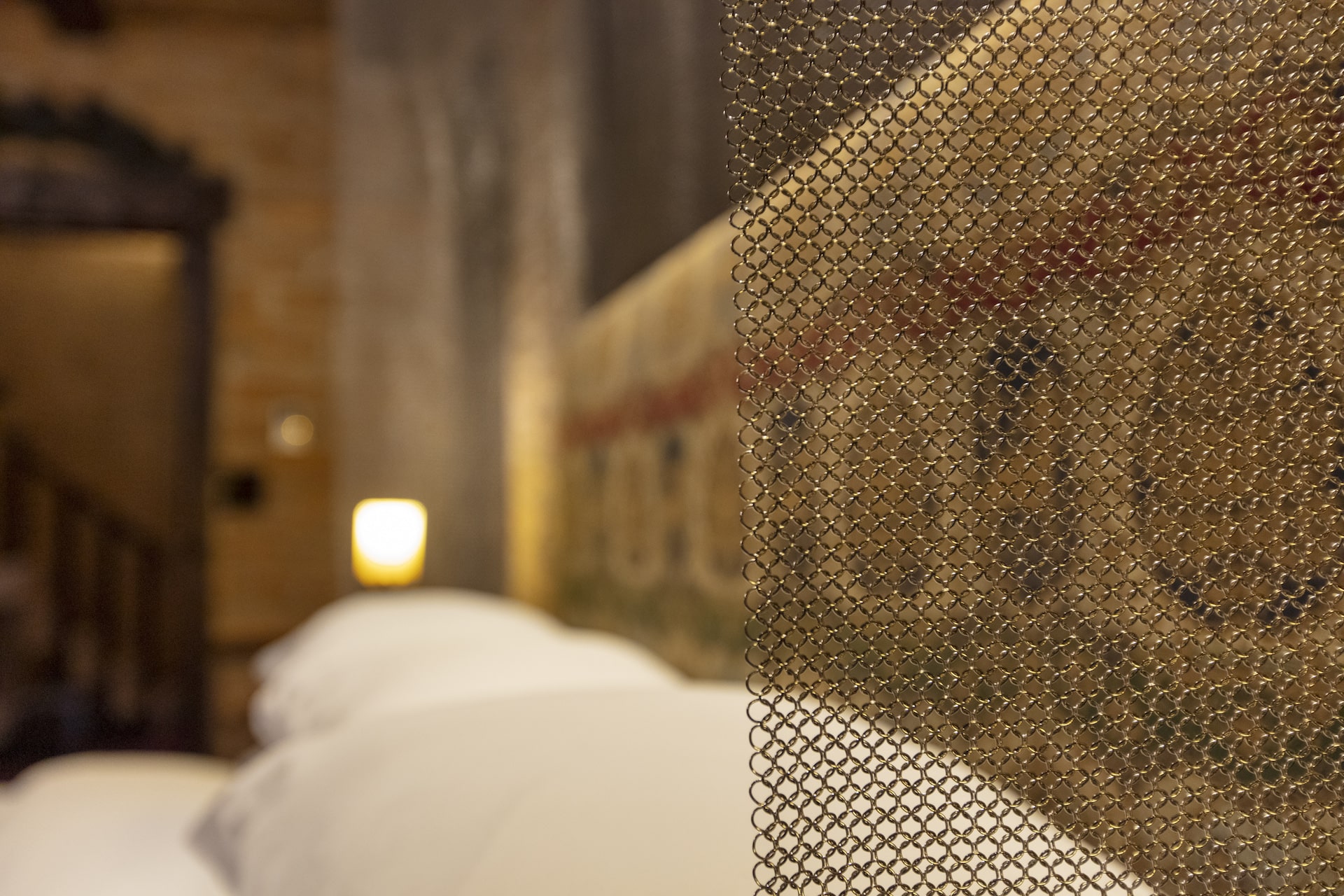 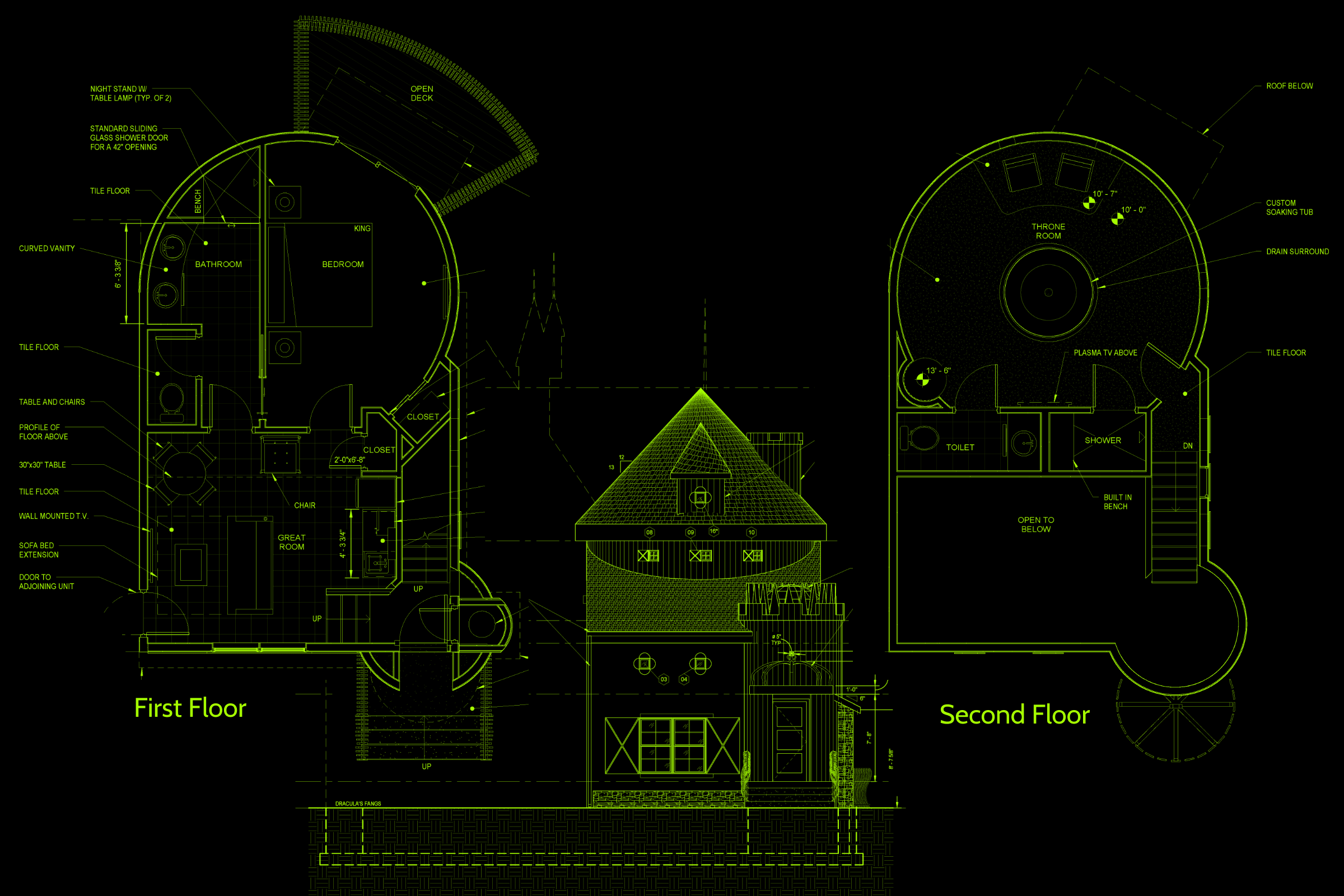 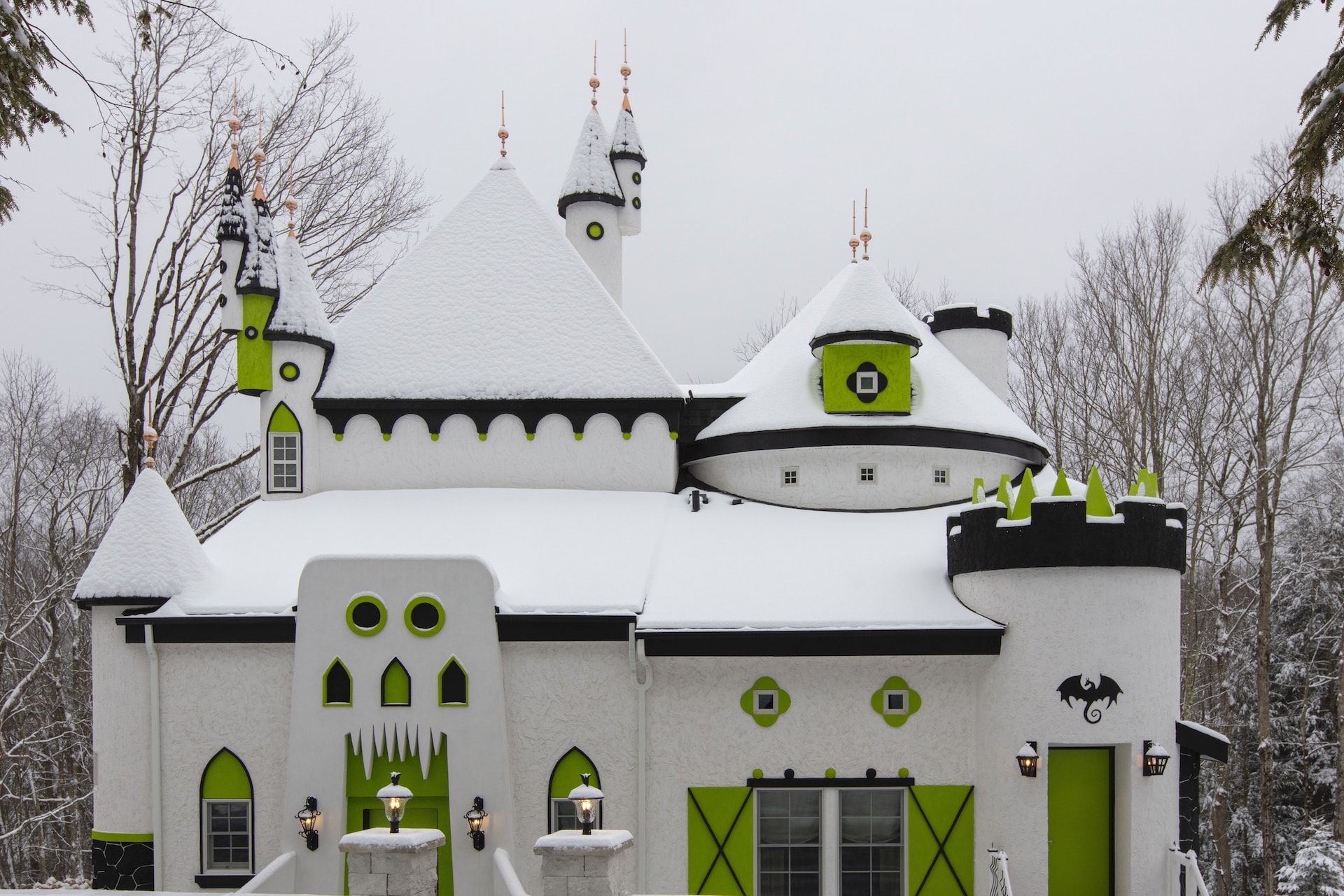 According to many accounts of the legend, Uther Pendragon was the name of the father of King Arthur. Reigning during the period right after Roman rule (around the 4th or 5th century AD), he too was a legendary king of Britain that was a strong defender of the people. Arthurian scholars claim that Merlin magically disguised Uther to look like his archrival Gorlois enabling Uther to sleep with Gorlois’ wife Lady Igraine. Thus Arthur, “the once and future king,” is an illegitimate child raised away from court until he infamously pulls the sword out of the stone as a teenager (also staged by Merlin) and eventually himself becomes king and builds Camelot.

The name “Pendragon” comes from the Welsh pen “head or chief” and the latin draco “dragons.” So the name literally means “Chief-Dragon” or “Head-Dragon.” And that is EXACTLY the way we want you to feel when you stay in this cottage. And we built what we would like to think is one of the most extravagant bathrooms in the world to help you fulfill your innermost king, queen, royal, or CHIEF DRAGON fantasy.  Okay, so picture the most prominent circular turret on a castle – all fantasy castles have them. And then imagine that the inside of the ancient circular stoned walls of the 30’ high turret is nothing but a bathroom. A bathroom with an 85-gallon circular bathtub right in the center of the room with a three-tiered 20’ high crown chandelier hanging above it. A bathroom with an elevated area behind the tub perched with two massive throne chairs for fulfilling the total fantasy before, during, or after your bath is drawn. A bathroom with two luxurious chaise lounges for resting in front of the 60” television. A bathroom with a secret showering chamber with multiple body sprays that lies hidden behind ancient golden druid sculptures. A bathroom, fit for, well, a king. A queen. You.

Because of the elaborate fantasy bathroom on the upper level, the Crown of the Pendragon is the only cottage with only one king bedroom. There is, however, a sleeper sofa in the lower level living area and another large bathroom with walk-in shower. This cottage is also one-half of the only duplex building with interior adjoining doors into its neighboring cottage – Dracula’s Fangs. We built it this way so that your group of up to 10 people can book the entire castle. All of the cottages are perfect for special occasions in their own way – depending on what your preference is – but we built this cottage with the “ultimate” in mind for engagements, honeymoons, romantic weekends, or just pampering yourself “royally” as it were. Game of thrones, eat your heart out…

In addition to the above features, this cottage also includes: